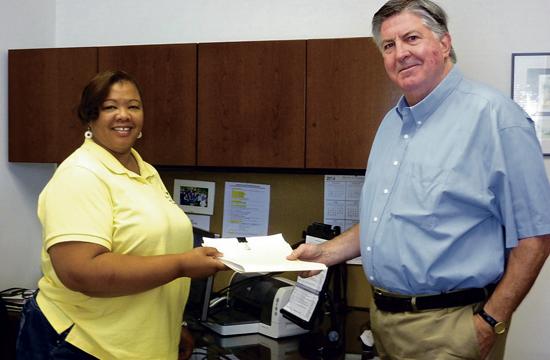 In all, 15 people have pulled papers between July 14 and time of posting this article, effectively expressing their respective intentions to seek one of three seats up for election this year (the seats of Kevin McKeown, Pam O’Connor, and Bob Holbrook).

Since the last edition of The Mirror, Jon Mann (July 17), Terence Later (July 18), and Jessica Miller (July 24) are the latest potential candidates to pull papers for the City Council race.

Those three and 10 others have also pulled nomination papers, but they have yet to join Brock and McKeown in filing their respective nominations.

The notable name still missing from the list of potential candidates: current Council member Bob Holbrook, who sits on one of the three council seats up for election this year.

The California Secretary of State will determine the name order of the Nov. 4 ballot on Aug. 14.

In addition to the City Council race, there are three other boards with seats up for grabs, including the Santa Monica-Malibu Unified School District (SMMUSD) Board of Education, Rent Control Board, and Santa Monica College Board.

No new names were added to last week’s list of potential candidates who pulled nomination papers. However, Richard Tahvildaran-Jesswein was the first person to officially file his papers with the City Clerk.

There are also at least three ballot measures for Santa Monica voters to consider: an initiative potentially impacting the future use of Santa Monica Airport; a measure proposing to alter City law to allow two medical marijuana collectives to operate; and, a proposal to increase a real estate transfer tax in order to fund local affordable housing programs.

The Mirror will continue monitoring how the Nov. 4 ballot continues to take shape during the next few weeks.