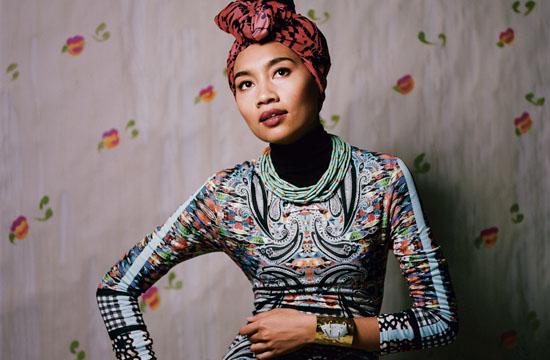 Rising international star Yuna will grace the Santa Monica Pier with her presence as the second headliner of the Twilight Concert Series this Thursday, July 17.

This Malaysian-born singer-songwriter is known for being unafraid to dip her feet into all the bodies of water that life has to offer: she’s not only a gifted musician, but a law school graduate and a businesswoman as well.

Similarly, her music also encompasses an expansive and eclectic mix of genres. Though she generally categorizes her music as pop, Yuna says that fans can identify traces of jazz, R&B, folk, and even electronica “casually moving in the same song” in her latest album.

This versatile blend allows a wide variety of listeners to be able to relate to her music, meaning connoisseurs of all musical styles can have their cup of tea.

“I would say my vocals are what ties all these elements together,” Yuna said. “I’m open to exploring new types of music. I like to experiment.”

The singer has “been really into music” ever since she was a child. She recalls playfully performing Britney Spears and Christina Aguilera songs when she was younger – likely a relatable memory for an abundance of those in her age group. However, a more evolved form of passion sprouted upon writing her very first song at the age of 19.

“There comes a new experience in terms of performing when you’re playing your very own music,” Yuna said.

Some of Yuna’s first gigs included performing at “local independent shows and coffee shops,” carrying the ambiance of the quintessential singer/songwriter with her.

“It was just me and my acoustic guitar,” she said.

As an international artist, Yuna and her guitar have now performed around the world. Along with these experiences, she has fostered an appreciation for “crowd interaction,” which is also what she considers her favorite part of performing.

Often regarded as the first Malaysian artist to win over the American market, Yuna certainly has humble thoughts about the audiences that she has captivated.

“It’s crazy to think that I can interact with people from all over the place,” she said. “I’m just a girl from Malaysia.”

In light of her Santa Monica concert quickly approaching, Yuna expressed her love for the beachside city.

“Going to the beach is always a treat,” she said. “The very end of the pier is one of my favorite places.”

Be sure to catch Yuna perform July 17 at 7 pm. All Twilight Concerts are free.