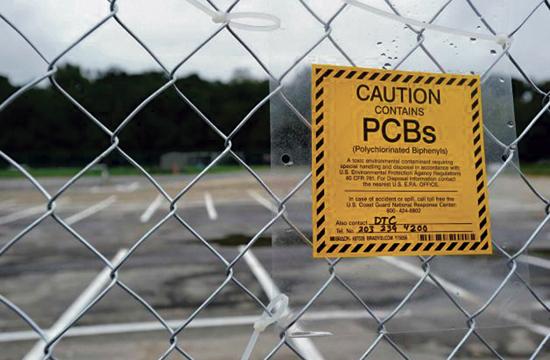 According to a statement released by Malibu Unites and Washington D.C. based Public Employees for Environmental Responsibility (PEER) on July 17, new testing at Malibu Middle and High Schools as well as Juan Cabrillo Elementary School reportedly found toxic elements that were apparently as much as 7,400 times higher than legal limits.

As a result of the purported testing, a reported formal request by the SMMUSD to the EPA to allow polychlorinated biphenyls (PCBs) found inside the three Malibu schools to remain as is for as long as 15 years was challenged by PEER and Malibu Unites.

In response, Sandra Lyon, superintendent of the SMMUSD, issued a letter to the community claiming she thoroughly reviewed the latest reported testing and the district would continue to implement its own comprehensive testing in accordance with standards set by the EPA and Dept. of Toxic Substances and Control (DTSC).

“From the outset, I stated honestly and publicly that we are not health or environmental health experts; we will rely on the expertise and advice of the EPA and DTSC,” Lyon stated in her community letter dated July 18. “I plan to continue implementing the comprehensive testing and cleaning plans reviewed and accepted by the EPA and DTSC, and we are continuing to develop contingency plans, should they be necessary.

“These agencies are fully aware that PCBs were used in caulk in many, many public buildings built between the years of 1950-1979,” she continued. “The EPA has consistently urged that our testing plan determine whether there are harmful routes of exposure to those PCBs, since that is what will inform us as to whether or not there are health concerns.”

The reported test comes on the heels of teachers at the three schools claiming the exposure to toxic elements at each respective campus has resulted in multiple cases of thyroid cancer or diseases and complaints of hair loss, migraines, rashes, and other symptoms.

“PCBs are classified as a group 1 carcinogen and are linked with serious health effects even at low levels, such as lower IQ and autism,” a PEER-issued statement said.

According to the PEER statement, the new testing reportedly collected samples from caulking that was allegedly contaminated and apparently previously untested dirt from rooms.

PEER added the latest test results were submitted to SMMUSD officials on July 3 by the environmental firm – Environ – it hired.

Those results, as outlined in the PEER statement, reportedly revealed caulking in one room at Juan Cabrillo Elementary had 340,000 parts-per-million PCBs. According to PEER, caulking with at least 50 ppm PCBs must be removed.

The new testing also found, according to PEER, 370,000 ppm PCBs in the interior doorframe of a woodshop room at Malibu High. A physical education office and dirt samples from two classrooms were also alleged to have illegally high levels of PCBs.

In Lyon’s community letter, she alleged Malibu Unites and PEER released the latest test results “in a manner that was most certainly designed to incite concerns.”

“It should be noted that the press release from PEER, the group that has most sharply criticized the District for lack of transparency, confirms that it secretly gathered samples from school buildings outside of the testing process that has been established and approved by government agencies,” Lyon added in her letter.

A blog post on the Malibu Unites webpage one day after Lyon’s community letter, many points raised by Lyon were acknowledged and accepted. However, the blog post stated oversight by PEER and Malibu Unites was necessary because SMMUSD has allegedly not followed EPA guidance in previous testing.

“Malibu Unites is not dismissing the authority and scientific experts of government agencies as Sandra Lyon stated in her most recent letter to the community,” the post stated. “In many situations the district has not followed EPA guidance.”