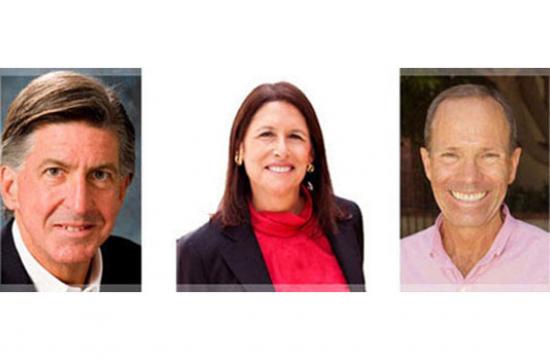 Monday marked the first day potential candidates could pull papers to nominate to run for the three seats that are up for election (those of Kevin McKeown, Pam O’Connor, and Bob Holbrook).

According to an email to supporters, SMCLC said since its inception in 2005, its has championed: 1) reining in rampant overdevelopment that has brought us terrible traffic and strained our infrastructure; 2) requiring that residents’ concerns about development be given more weight than developers’ and their lobbyists’; and 3) uncovering and objecting to council members who accept contributions from developers and then vote favorably for their pending projects.

“We’ve spent the past month conducting in-depth interviews of serious council candidates,” the SMCLC email read. “As a result, we strongly support three whose philosophies and actions are in synch with ours: incumbent Council member Kevin McKeown, and Planning Commissioners Sue Himmelrich and Richard McKinnon.”

The SMCLC email said McKeown, Himmelrich, and McKinnon had been passionate about protecting Santa Monica from overdevelopment, and repeatedly sided with residents, standing up to developers, their consultants and City planning staff, in opposition to massive or poorly designed projects.

“Each has shown a respect for residents’ quality of life and the character of Santa Monica that has lately suffered from excessive, piecemeal, and unsustainable development,” the SMCLC email read. “Each has pledged not to take money from developers.”

SMCLC said all three have opposed the Hines project at 26th Street and they all currently oppose the three proposed “out-of-scale, high-rise condo-hotel towers” on Ocean Avenue.

“Kevin, Sue and Richard are strong, ethical, hard-working, smart candidates who can win in November,” the SMCLC email said. “Their election joining sitting council members Ted Winterer and Tony Vazquez would constitute a resident-friendly majority, improve City government across the board, hold the City accountable as well as control the development juggernaut.”