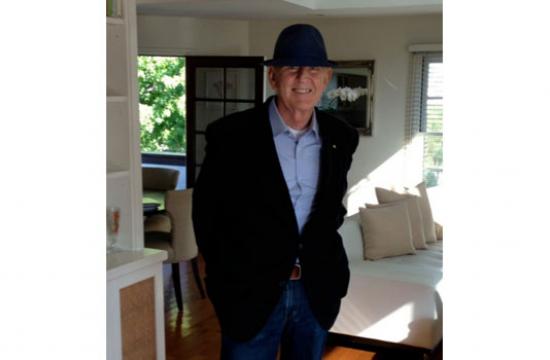 Known in the Santa Monica education community as a man of action, Greg Coote passed away on June 27 at the age of 72.

Without hesitation, he stepped up at a time when his school community needed him. In 2001, the State of California, once again, cut funding to public schools and the Santa Monica-Malibu schools were in danger of losing music and arts programs.

After years of parents raising money to save the arts, Greg decided a more permanent solution had to be found.

He realized the creation of an endowment could ensure that music, arts, dance and drama could continue to be a part of the school curriculum in perpetuity.

Greg was an entertainment executive and understood first-hand the power of the arts.

He knew it changed lives and believed that the arts would have a positive impact on all students.

He assembled a large committee of talented and dedicated individuals who also believed in the importance of arts in education, many of whom were leaders in the movie industry themselves.

Working with the Santa Monica-Malibu Education Foundation, he formed and co-chaired the For The Arts endowment campaign from 2001-2006.

Despite the large time commitment, Greg embraced the effort with grace and enthusiasm.

“Greg was always positive and encouraging, always dedicated,” said Ralph Mechur, current SMMUSD School Board Vice-President, then a For The Arts committee member.  “He was determined to make a difference and inspired people to donate so that the Education Foundation could bring arts programs to our students.”

“His deep concern for all youth access to the arts regardless of family circumstance was so amazing at a local level given his international prominence,” Deasy said. “He truly cared for one and all.”

Greg was an extraordinary leader and advocate for the arts in the public schools.

He was a generous and strong individual and his enthusiasm for arts education encouraged many people in the community to join the effort.

A gift in his memory will acknowledge and continue his efforts and passion for the arts.

To make a donation in Greg’s memory, please send contributions to: Santa Monica-Malibu Education Foundation (or SMMEF), 1645 16th Street, Santa Monica, CA 90404 and write Greg Coote in the memo line. Or, donate online at www.smmef.org/donate and enter Greg Coote in the acknowledgement box.