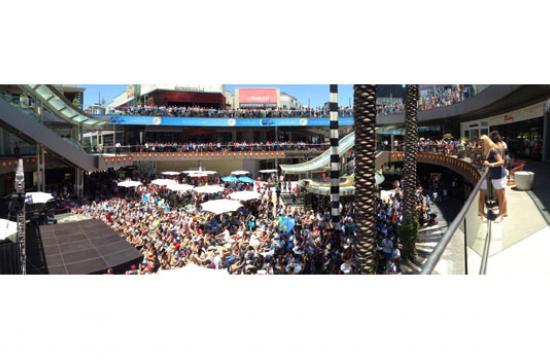 Nearly 3,500 soccer fans hung-out at the shopping center over the weekend to watch the World Cup finals.

On Saturday, the Netherlands defeated Brazil in the third place playoff match by a margin of 3-0.

Germany won the World Cup on Sunday, defeating Argentina 1-0 after extra time in the final at Brazil’s Maracana stadium. Mario Götze became an instant legend in the 112th minute, when he brilliantly cradled a cross from super sub André Schürrle and fired into the far corner past Argentina goalkeeper Sergio Romero for the Cup-winning goal.