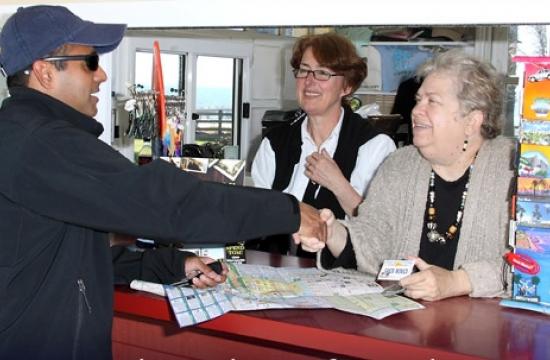 The SMCVB said typical spring visitor groups were 58 percent international in origin (from 54 percent in spring 2013), while 43 percent (versus 46 percent) were from the United States (excluding California), and Californians comprised 14 percent (12 percent in 2013).

The SMCVB said a strong 41 percent (from 32 percent in spring 2013) noticed improvements in Santa Monica since their last visit, adding a much higher majority, 87 percent (previously 78 percent) were highly satisfied with the destination overall.

All spring Santa Monica overnighters averaged 3.3 nights versus 3.5 nights last s, according to the SMCVB.

“This is attributed to private home guests at 4.3 nights versus 6.9 nights last Spring, while hotel guests stayed nearly the same, 3.3 versus 3.5 nights last Spring,” the SMCVB reports. “Visitor groups’ averaged a strong $319 ($271) in overall daily spending in Santa Monica.:

To learn more about the Economic Value of Tourism in Santa Monica, visit www.santamonica.com/local-community/value-of-tourism.