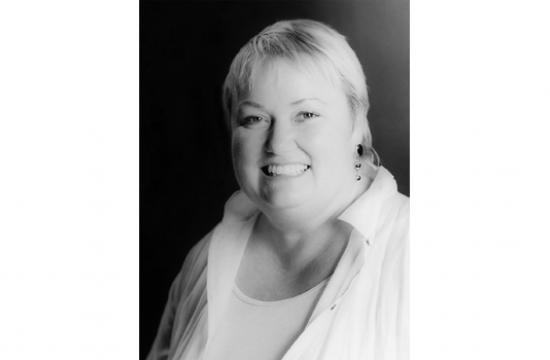 Since 1957, France has awarded l’Ordre des Arts et des Lettres (The Order of Arts and Letters), one of France’s most distinguished titles, to recognize eminent artists and writers, as well as people who have contributed significantly to furthering the arts in France and throughout the world.

The award is given out under the jurisdiction of the Minister of Culture and Communication.

Cusick is being honored for her distinguished career in the arts, her current work as Cultural Affairs Manager for the City of Santa Monica and for Glow, “which illustrates her passion for weaving the arts throughout public space,” said Cruau.

“This medal recognizes the admiration that France has for Ms. Cusick’s work and her efforts on behalf of French culture,” Cruau said. “I am very happy that we were able to thank her and express our gratitude.”

The City of Santa Monica’s Glow is inspired by Paris’ Nuit Blanche, the first and most developed of the all-night art events that are now occurring throughout the world.

Since the first Glow event in 2008, Glow has consistently featured a French artist in its program.

In commenting on the award City Manager Rod Gould said Cusick embodies our City’s commitment to excellence in the arts.

“We are delighted by this recognition of her efforts and achievements on behalf of Santa Monica’s arts community,”  Gould said.

In response to the honor, Cusick said she was particularly delighted by the recognition of Glow, which is the result of the work of so many dedicated individuals.

Cusick has been Cultural Affairs Manager for the City of Santa Monica since early 2005 where she has overseen significant expansion in the City’s support for artists and the creative sector.

As part of her work in Santa Monica Cusick developed Glow, a unique all night art event that drew over 200,000 visitors in its first year.

Other achievements include the adoption of a comprehensive cultural master plan, an artist fellowship program, and Beach=Culture at the Annenberg Community Beach House, as well the addition of the arts and culture to the City’s commitment to sustainability.

Cusick is also president of Cusick Consulting, which specializes in cultural policy, and community development through the arts. Cusick has a degree in art history from the Sorbonne in Paris and a master’s degree from New York University.

Cusick will receive the medal from the Consul General at a private ceremony later this year.