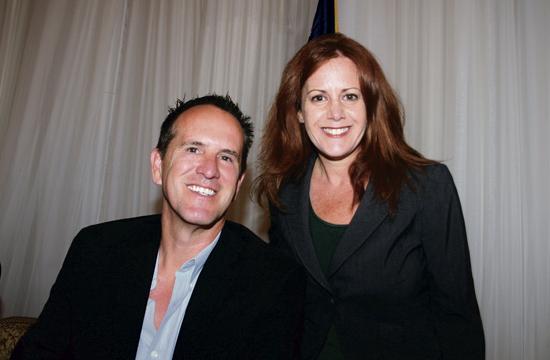 At the Rotary Club of Santa Monica’s weekly meeting at the Riviera Country Club in Pacific Palisades last Friday, the CEO of GoCoin was introduced as guest speaker after a handful of club acknowledgments.

The President’s Pick, Dr. Caroline Schnakers, was welcomed as a new member of the Rotary Club of Santa Monica. Having recently relocated to Los Angeles from Belgium, Dr. Schnakers is currently a clinical researcher at UCLA.

After warm greetings, two hearty sing-a-longs, and guest introductions, President George Collins continued the meeting with his traditional “fining” of the Rotary club members after announcing significant events or milestones that recently occurred in their careers or personal lives, whether it be an event as casual and fun as a well-deserved family vacation, or as professional and official as a new company development.

Though members of course pledge a certain amount of money at the beginning of the year, President Collins jokingly “fines” them for all that they’ve achieved and uses this time as a means of public recognition of the Rotary members’ work ethic and diligence.

During this brief but informative segment of the meeting, it’s made even more apparent just how proactive and ambitious – and consequently prestigious – all of the Santa Monica Rotary Club members are.

One notable accomplishment by Susan Gabriel Potter, President of Bob Gabriel Co. Insurance, who was chosen to receive the 2014 Small Business of the Year Award for the 28th State Senate District. The company was awarded by the California State Senate, which of course is no small feat.

The meeting then naturally led to the introduction of the week’s guest speaker: Steve Beauregard, the CEO of GoCoin.

Again, the Rotary Club underscores the value of educating and informing with the fact that there are weekly guest speakers, as some members expressed unfamiliarity with GoCoin and the concept of a new, up-and-coming currency.

Thankfully, Beauregard elaborated on his company and the ideas behind how it functions. Companies like GoCoin and others who take on a similar form of currency are continually rising in popularity and in usage.

“This presentation is to help bring up-to-speed on a fascinating trend,” Beauregard said.

Highlighting the inconvenience and risk that often come alongside the usage of credit cards, Beauregard compared and contrasted the alternative forms of money that are used every day. As GoCoin takes away much of the risk of fraud by making its users consent to every form of activity made on these accounts, Beauregard explained the increased amount of safety and convenience that comes with using GoCoin. His presentation included flow charts and bullet points of information that helped the audience understand a little more on this unfamiliar concept.

“As long as you have Internet connection, a BitCoin wallet, and the recipient’s address, you can transfer funds,” Beauregard said. “BitCoin is the new money of the Internet.”

As always, the guest speaker concluded his presentation with a Q&A discussion, during which Rotary Club members are usually very participatory and ask a series of questions.

Next week, representatives from Craft Talks will be serving as the guest speakers.