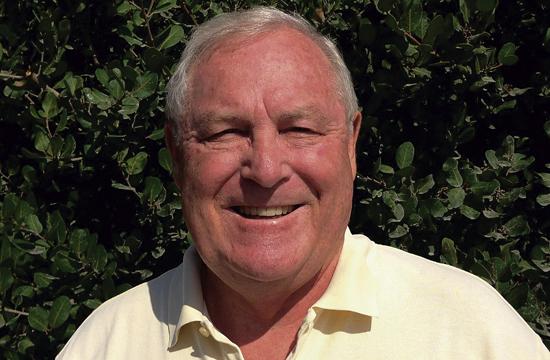 “I feel kind of broken hearted. Our community is kind of fractured now,” was Councilman Bob Holbrook’s response to how he was feeling about his decision not to seek another term on the Santa Monica City Council.

“After two terms on the School Board I ran for Council and I’ve often joked that the reason for my successful run was, as President of the School Board, I had handed out the diplomas at the Samohi graduations and so I was known by so many families.

“When I graduated from Samohi there were about 13 million people living in California and now there are about 40 million. We’re fortunate to live in Santa Monica but we are part of the Los Angeles metropolis and there are more people and more people driving and that means more cars on our roads.

“I really believe the light rail will help. I think many of our traffic problems can only be solved with regional solutions. It’s part of why I’m working on Bobby Shriver’s campaign for L.A. County Supervisor. He’s a terrific guy and I’m doing my best to help him get elected.”

Holbrook was born at St. Catherine’s Hospital on 4th Street in Santa Monica. It was 1941 and the year before St. Johns Hospital was built.

During WWII Bob and his sister, Cherie, lived with their grandmother at 550 10th Street and attended Roosevelt Elementary.

After the war, his father returned from the Navy, and they moved to Ocean Park. Bob and Cherie went to John Muir, John Adams, and Samohi.

“My sister Cherie was a great student and it was a tough act for me to follow her,” said Holbrook.

“Still I decided to go to college. In our last semester at Samohi everyone took a class to prepare us for the work world. We learned how to fill out applications, go to interviews, etc. It was a very practical class.

“It was in the Ocean Park Library, doing my homework, and I found out from the reference book I was using that I was eligible to go to college. Because of the Great Depression my parents hadn’t been able to go to college so my going was a big deal in my family.

“I went to SMC and I also worked at McCarthy Drug Store on Montana Avenue. The owner, Tom McCarthy, was the Mayor of Santa Monica at that time and he gave me my first exposure to what it meant to be in politics. I liked him. I learned so much from him. He was a good guy and always helping everyone.

“After SMC I went to USC to study to be a pharmacist. After that I joined the California Air National Guard. It is the only time in my life I’ve been away from California for so long. I spent six months in Texas and Alabama being trained by the Air Force.

“They asked me to enlist and become an officer. I had different ideas. I wanted to come home and marry Jean Ann. I came back to California and got a job working as a pharmacist at Thrifty Drug Store.

“Jean Ann and I married in 1967. Our first house was on 10th Street near where I’d lived with my grandmother. Our three children, Bob Jr., Cindy, and Craig were born soon after.

“By 1982 we had three kids in their early teens. Jean Ann talked to me about the School Board. The School and the College Boards were going to split into two Boards. That meant there would be open seats on the Boards and Jean Ann suggested I run for the School Board.”

Holbrook did run and was elected and served two terms. He then decided not to run again as his own kids would be out of the school system.

It was 1990 and he decided to run for Council. He was the second highest vote getter in that election. Holbrook went on to serve continuously on the Council for six terms. He will not run again.

When asked about Council memories, Holbrook said, “There are so many it’s hard to know which ones to tell.”

“I think of the new parks we’ve been able to build. That’s a tremendous achievement for a city. Our parks are beautiful and well used and I hope we keep on building more.

“There were very moving personal moments that connected me to people in the City. I think of the recent dedication ceremony at Woodlawn Cemetery in honor of Santa Monicans who died in service to the Country.

“I was told that ‘Tongva’ means bread maker. It is a name for the earliest people here in Santa Monica. By naming the park Tongva we honored the people and our history.

“What is a problem for me with Tongva Park is that you have to tell people where the park is, how to get there, and where to park their cars, because that’s not clear.

“What I like best in Tongva Park are the ‘rivulets’, the little streams of water where my grandchildren like to play.

“I also remember the wonderful feeling when Santa Monica helped Bayou La Batre after it was devastated by hurricane Katrina. We did that on behalf of everyone in the City. You may know Bayou La Batre because it was featured in “Forrest Gump.”

“After the hurricane we called their Mayor who told us they’d lost just everything and that they didn’t even have the equipment to begin the clean-up. We sent trucks, equipment, forklifts, and cranes. City employees, like Joe Lawrence, volunteered time. It was great to be able to do so much to help and great to see how everyone in the City came together to support the effort.

“And I’m particularly proud of the Public Library. It’s a beautiful place and a great service for the people of Santa Monica.

“It’s also the case that there will always be difficult people. It goes with the job. Once, a long time ago, a man speaking in the public comment period told us he had asked God to kill Rick Sement (a reporter with the LA Times) and that God had done what he wanted. He then proceeded to use the remainder of his time to pray. He stood at the podium and said, ‘Dear God please kill Bob Holbrook.’ Now, it’s a funny story but then it was scary.

“While I don’t think we’d allow someone to use their public comment time that way now I do think we’re having a harder time overall talking to each other. We seem to be getting more vitriolic and I believe that’s not good for the City,” said Holbrook.

“In the last 10 years we’ve built a significant number of apartments and condominiums all through the City but especially in the downtown area.

“Many of those buildings include low-income housing. I wish some of those low-income units could go to Santa Monicans who need them but there are rules that come with the Federal funding that preclude us from giving precedence to local residents.

“The Related projects on Ocean Avenue have both super expensive condominiums and low-income housing. The idea being that building housing will let people live close to where they work and so traffic will be reduced.”

When asked what he wished for new Council Members and for the City, Holbrook listed public safety as his first priority.

“We have the finest police, fire, and paramedics and we need to keep our people safe,” he said. “I wish for tranquility. To set aside personal/political differences and be able to have a real discussion instead of just criticism and argument. I realize there will be changes and I hope the changes will be ones that make people comfortable.”

Holbrook tears up when he talks about former Council Members Ken Genser and Herb Katz.

“I can’t talk about being on the Council without talking about Ken and Herb. Ken and I started as adversaries and we ended working together to solve problems. We became more than colleagues, we became friends. Herb and I were always friends. Losing them, those were the hardest times on the Council.”

Bob Holbrook didn’t always vote the way I wanted him to, but he always listened. Words that describe Holbrook are respectful, helpful, sympathetic, and thoughtful. I look forward to using those same words to describe future Council Members.