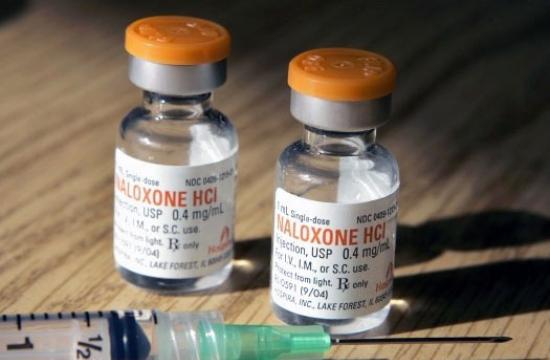 As part of the 14th annual International Overdose Awareness Day this Sunday, Aug. 31, a march will be held in Santa Monica through the streets and Beachfront Walk.

The organizers of the event is the Los Angeles chapter of A New PATH (Parents for Addiction Treatment & Healing) and Moms United who are bringing together the Drug Policy Alliance, Amity Foundation, LEAP (Law Enforcement Against Prohibition), The Center for Living and Learning, Oasis Women’s Recovering Community, Broken No More, GRASP, and Paso Por Paso to join similar organizations throughout the U.S. and abroad who will be participating in the day.

The day honors and remembers those who have lost their lives to accidental overdose. It is also an opportunity to educate the public and policymakers about the growing overdose crisis in the United States – and to offer concrete solutions that save lives.

Join the chapter on Sunday, Aug. 31 at 10:15 am at the Santa Monica Civic Center at Pico and Main Streets in Santa Monica, California.

Approximately 75 or more members will walk in a funeral procession from the Civic Center down Pico to the Beachfront Walk and onto the Santa Monica Pier.

The group will then proceed on to Palisades Park where members of the march will stage a “Die In” followed by a “Live Again” and press conference where individuals will bring awareness to the lives lost due to accidental overdose and share lives saved due to the use of Naloxone (a non-narcotic drug that can reverse an overdose).

The chapter is demanding greater access to Naloxone for overdose prevention and to eliminate the stigma by treating drug overdoses like any other medical emergency.

Currently, A New PATH is one of only a few organizations authorized to train individuals for AB 635 Naloxone emergency dosing and is supportive of Assembly Member Bloom and Drug Policy Alliance’s AB 1535 which will make emergency doses of Naloxone available through your local pharmacist..

“Last year we marched passed and held a moment of silence at the L.A. County Morgue remembering those loved ones who passed through those halls,” Advocate Actor/Director Johnny Whitaker, Director of A New PATH – LA said. “I will again be honoring five dear friends on Sunday, Aug. 31 who lost the battle struggling with addictive illness.”

Johnny’s co-star, Anissa Jones, “Buffy” died needlessly after ingesting “the largest quantity of drugs seen by the San Diego County Coroner” due to Quaaludes in 1976.

Kirk Douglas’ son and half-brother of Michael, Eric Douglas was a close friend of Whitaker as well whose battle fighting his demons ended in 2004.

“We will also remember those who have died this year including Phillip Seymour Hoffman and others as we celebrate our friends, family, the famous and infamous who died overdose deaths and whose lives and their overdose deaths will not go unnoticed,” Whitaker said.

Drug overdose remains a leading cause of accidental death in the United States.

More than 100 people die in the United States each day from preventable, accidental overdose.

Nationally, a number of states have recently passed 911 Good Samaritan laws, including California, in 2012.

Maria Alexander, a PATH LA and Mom’s United Member as well as Executive Director of Center for Living & Learning and a person in recovery from Alcohol and Drugs claims Naloxone saved her life five times.

“Today, my children have a mother,” Alexander said. “Today I help others in recovery transition to self-sufficiency and regain their lives and families.”

International Overdose Awareness Day, started by the Salvation Army in Australia in 2001, and is an opportunity for people around the world to publicly mourn loved ones without guilt or shame.

Many participating countries also use this day to send a strong message to people who currently and formerly used drugs that their lives are valued and that no one should ever die from a preventable fatal drug overdose.