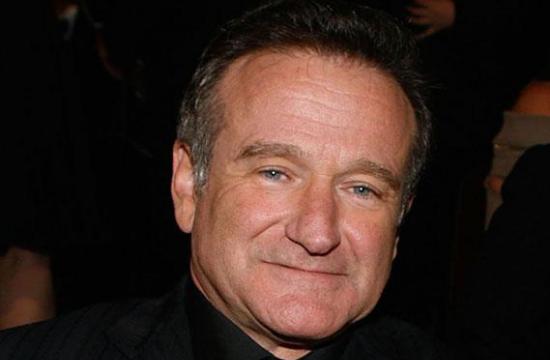 Flowers will be placed today on Robin Williams’ star on the Hollywood Walk of Fame amid an outpouring of sorrow for the comedian and Oscar-winning actor, who is reported to have taken his own life at his home in Marin County amid what his publicist called “severe depression.”

According to the Marin County coroner’s office, paramedics went to Williams’ home in Tiburon around noon Monday in response to a 911 call about an unconscious person. Williams, 63, was pronounced dead at the scene.

Coroner’s officials said investigators believe “the death to be a suicide due to asphyxia, but a comprehensive investigation must be completed before a final determination is made.”

“This is a tragic and sudden loss,” Buxbaum said.

Susan Schneider, Williams’ wife, said she “lost my husband and my best friend, while the world lost one of its most beloved artists and beautiful human beings. I am utterly heartbroken.”

President Barack Obama reacted to Williams’ death, calling him “one of a kind.”

“He arrived in our lives as an alien — but he ended up touching every element of the human spirit,” Obama said. “He made us laugh. He made us cry. He gave his immeasurable talent freely and generously to those who needed it most — from our troops stationed abroad to the marginalized on our own streets. The Obama family offers our condolences to Robin’s family, his friends and everyone who found their voice and their verse thanks to Robin Williams.”

Henry Winkler, a star of Happy Days, on which Williams originated his breakout role of the alien Mork, said that “Robin Williams was like no other.”

“To watch him create on the spot was a privilege to behold,” Winkler wrote on his Twitter page. “Robin you are an angel now. Rest in peace.”

Garry Marshall, producer/creator of Mork & Mindy, recalled chatting with Williams on the Paramount lot near the show’s set late one night.

“Robin loved to stay up late and always had more energy than any person anywhere, in any room. I said to him that night, ‘Do you think we will ever grow up?’ And he said without missing a beat, `I’m afraid if I ever grow up, I won’t be able to make a living.’ Play was his passion and what drove him each day.”

Comedy legend Carl Reiner said: “Never has there been a more talented, more loved and admired performer. What a shame he left (us) as he did. You will be missed Robin Williams.”

Actor/comedian Steve Martin said he “could not be more stunned by the loss of Robin Williams, mensch, great talent, acting partner, genuine soul.”

Fran Drescher, who appeared with Williams in Cadillac Man, said he taught her a valuable lesson about working in Hollywood.

“He taught me to care about everyone on a show,” she said. “From top to bottom he took time for all. A (great) talent. Big loss.”

Ben Stiller, who appeared with Williams in several Night at the Museum films, wrote: “A tweet cannot begin to describe the hugeness of Robin Williams’ heart and soul. This is so sad.”

John Travolta, who appeared with Williams in Old Dogs, said he had never known a “sweeter, brighter, more considerate person.”

Danny DeVito, who directed Williams in Death to Smoochy, said his death was hard to digest.

“All I can think about is what a joy he was to be with,” DeVito said. “I’m devastated. I’m sending my love to his family and everyone who loved him. My heart is broken by this news.”

On the Sunset Strip, where Williams’ stand-up talents were honed, the Laugh Factory changed its marquee to read: “Robin Williams. Rest in Peace. Make God Laugh.”

A Chicago native, Williams studied theater at Julliard before touring as a stand-up comedian, leading to his casting as the offbeat alien Mork from Ork on a 1974 episode of Happy Days. The character was so popular it led to the spinoff Mork & Mindy, co-starring Pam Dawber.

He went on to a film career that earned him four Oscar nominations, including a win for his supporting role opposite Matt Damon and Ben Affleck in Good Will Hunting. He was nominated as lead actor for his work in Good Morning, Vietnam, Dead Poets Society and The Fisher King.

The Hollywood Foreign Press Association presented Williams with its Cecil B. DeMille Award in 2005.

Williams most recently starred in the CBS series The Crazy Ones. He had a brief role as President Dwight D. Eisenhower in Lee Daniels’ The Butler. He portrayed another former president, Teddy Roosevelt, in a pair of Night at the Museum films.

Williams is survived by his wife, a brother, three children and two stepsons.

Funeral arrangements were not immediately announced.