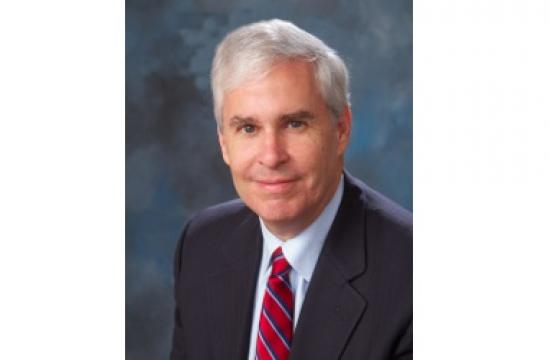 After initial calls by The Mirror to the City Manager’s office just after 3 pm, a statement was released by the City confirming his “retirement.”

“I plan to retire from service as Santa Monica’s City Manager at the end of January 2015,” Gould stated. “I have relished my time with the City of Santa Monica and view it as the capstone to my 35-year career in public service. “Santa Monica is a truly progressive, pluralistic, and incredibly active world-class beach city.

“I have thought deeply about this decision and began discussing it with my family and my two closest colleagues early this year. I’ve concluded that after 29 years of city management in five cities, it’s time to reset my work-life balance. The next phase of my career will involve more teaching, consulting, volunteering, and service to my profession and less night, weekend, holiday and vacation work.”

Gould added when he was hired, he made a five-year commitment to fulfill his duties as City Manager.

“At the time of my hiring in late 2009, I made a five-year commitment to Santa Monica,” he said. “By setting my retirement date in January, I will fulfill that commitment and allow the City Council plenty of time to consider a process for the selection of my successor.”

It is believed that Gould told his department heads of his decision to resign at lunch today.

“Rod led the City with a steady hand during one of the worst economic downturns in our country’s history,” O’Connor said. “Santa Monica emerged stronger and more resilient under his guidance. For five years he has focused his considerable talent and boundless energy working for the City Council and community to deliver extraordinary results for our City.”

“Perhaps his most significant legacy was initiating the voter-approved fee that now provides millions of dollars to support our public schools each year,” she said. “Rod will be missed but can draw satisfaction from his accomplishments here. We extend our thanks and well wishes for his retirement.”

“He took the reins in the depth of the Great Recession, and the City’s continued success speaks to his skills as well as to the strong foundation laid by a succession of progressive City Councils,” McKeown said. “His departure is difficult, and provides us an opportunity to take a deep breath and redefine our goals.”

McKeown added that rather than take any immediate action to seek a successor, the City Council should open a process of public comment and involvement to carefully ascertain the direction desired by residents and other members of the community.