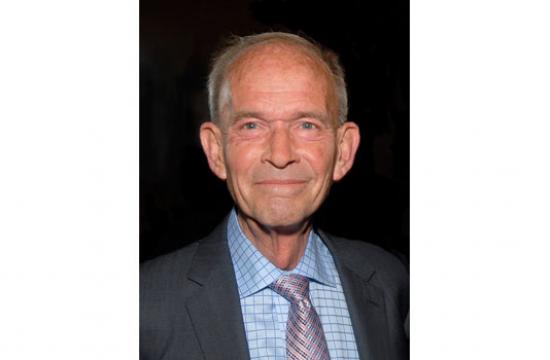 Randy, who was appointed SMC’s Executive Vice President on January 1, 2005, started what would become his lifelong career at Santa Monica College as a faculty member in the Music Department in 1979. Over the years, he involved himself deeply in SMC in many ways, including as Chair of the Music Department and as the first coordinator of the Arts Mentor Program.

Randy also served as the College’s Chief Instructional Officer, taking a lead position in the development of the curriculum for SMC’s successful Academy of Entertainment & Technology, in the creation of SMC’s High School Dual Enrollment Program, and in facilitating significant growth in the College’s general instructional program. He also served as Accreditation Liaison Officer and co-chaired the 1998, 2004, and 2010 accreditation self-study processes.

A member of the Executive Board of the California Community Colleges Chief Instructional Officers organization since 2000, Randy served as CCCCIO President in 2002-03 and again in 2006-07, and was the 2007-08 recipient of the Carter Doran Leadership Award.

He was the recipient of the 2008-09 ACCCA Administrative Excellence Award. He was a founding member of the System Advisory Committee on Curriculum, and served as one of its co-chairs for 2005-06, 2007-08, 2008-09, and 2009-10. He was also a member of the ETS (Educational Testing Service) National Community College Advisory Council.

Randy earned a Bachelor of Music degree from Oklahoma City University—where he studied under Professor Robert Laughlin—and a Master of Music degree from the University of Southern California (USC). He performed as a pianist in solo and chamber music recitals throughout Southern California, and appeared as soloist with many orchestras, including the Oklahoma City Symphony Orchestra, the USC Symphony Orchestra, and the SMC Orchestra.

“The impact that Randy had on Santa Monica College as well as the statewide system of community colleges and all of the students we serve cannot be overstated,” said SMC Superintendent/President Dr. Chui L. Tsang. “But it is not only his professional leadership and accomplishments that engendered our admiration and respect. Randy was a mentor and adviser to so many members of the college community. He was an excellent listener who always expressed care for others and the concerns that were brought to him. With his wisdom he helped individuals navigate difficult times in both their professional and personal lives. Randy had a great sense of humor and loved a good story—and he was a great storyteller. He loved Broadway musicals, opera, great music, movies, and television. Those who had the opportunity to work with him every day enjoyed the stories and music and a lot of laughter.”

“Randy had an unparalleled passion and commitment to Santa Monica College,” said former SMC Interim President Darroch (Rocky) Young. “I often felt that he transferred his dedication and love of music that he developed as a concert pianist to a love and dedication for SMC. I will miss Randy as a dear and caring friend, and I will miss his professionalism as a colleague during all of the years we worked together.”

All who knew him remember Randy as a friendly, outgoing man who was dedicated to making access to education his personal, as well as professional mission.

“Randy was a great friend and mentor to many of us who dedicated our careers at Santa Monica College,” said recently retired SMC Vice President of Academic Affairs Jeffery Shimizu. “He also had a major impact and made significant contributions to the Chief Instructional organization, as well as the State Chancellor’s Office. He was the most knowledgeable colleague I ever worked with, and I am going to deeply miss him.”

Irvine Valley College President Dr. Glenn R. Roquemore, upon receiving the news, wrote, “In the early years of IVC, Randy partnered with Peter Morrison in the development of what is still today the most successful, universally adopted, and effective, scheduling/enrollment management methodology. When I served in the CIO role, between 1997 and 2005, Randy was my trusted mentor. His charm and good humor made him a joy to serve with, in any capacity, and he was one of the most intelligent and exacting Chief Instructional Officers that I have ever met.”

SMC Dean of Academic Affairs Erica LeBlanc said, “Randy left an amazing legacy across the state as a result of the many training sessions he did for the CIO group. He always enjoyed training new and aspiring CIOs during their conferences in the ‘411’ sessions.”

Randy is survived by his sister Regina Yates, brother-in-law Howard, and nephew Tyler.

Funeral services will be private. A memorial event in Randy’s honor will be held at Santa Monica College at a date and time to be announced shortly. In lieu of flowers, the family asks that donations to a scholarship established in memory of Randal Lawson be sent to Yates Family, c/o Santa Monica College Foundation, 1900 Pico Blvd., Santa Monica, CA 90405. The family will also be contributing to the scholarship, and plans to donate Randy’s grand piano to the SMC Music Department.