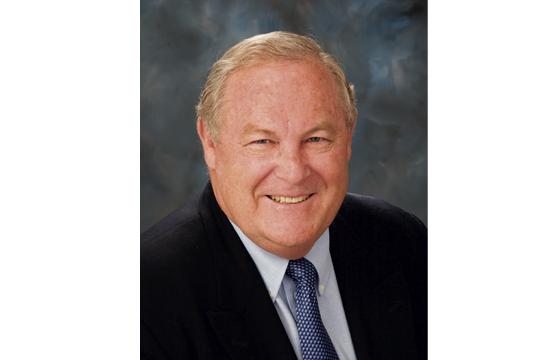 What words could be said about a man whose career in public service is almost as long as this writer’s entire life? Yet, in about four months, Santa Monica Councilman Bob Holbrook will say one final “goodbye” to the dais and more than one “hello” to his grandchildren.

From his first “hello” as a member of the local Board of Education in 1982 until his final day on the City Council in December, Holbrook would have served 32 years as a public servant for the Bay City.

In his 24 years on the city council and eight years as school board member, Holbrook has seen quite a lot change within and around Santa Monica.

When he first took office on the school board in 1982, Ronald Reagan was the U.S. President, Jerry Brown was completing his first stint as California’s chief executive, and Tom Bradley was mayor of Los Angeles.

The Los Angeles Lakers, who had a young Magic Johnson as its star, played at the Fabulous Forum in Inglewood, and had defeated the Philadelphia 76ers to win its third championship since moving to California. In 1982, the Lakers were the only show in town as the Clippers played its games in San Diego. Oddly enough, Donald Sterling was about one year into his ownership of the Clippers back then.

Santa Monica itself was a different town during Holbrook’s first years as a City leader. The Third Street Promenade did not exist. In 1983, a pair of El Nino storms damaged the Santa Monica Pier and required more than $40 million to be rebuilt.

In 1989, the Third Street Promenade came into existence. One year later, Holbrook was elected to the City Council.

Also elected to the City Council in 1990: Tony Vazquez, who, coincidentally, is on the council right now, though 18 years passed before he was elected to his second term in office.

Kelly Olsen was also elected to the council in 1990. Judy Abdo succeeded Denny Zane as mayor at Holbrook’s first meeting. Seven years later, Holbrook, himself, would be named mayor, an office he again served in 2005.

Holbrook would be re-elected two more times on the council during the 1990s. In that time, Santa Monica witnessed the erection of the Water Garden, Colorado Place, Shutters Hotel, and Loews Hotel. Bergamot Station became a destination for art galleries in 1994. Earlier that year, several buildings in Santa Monica had become seriously damaged in the Northridge earthquake.

As Santa Monica entered the 21st Century, Holbrook continued to be re-elected to the council, as the City became more of an affluent community and tourist destination.

In chatting with The Mirror earlier this week, Holbrook said the influx of tourists during the latter half of his career on the council has been a good thing, as it brought in enough money to support many amenities residents currently enjoy.

“Santa Monica has become more of a tourist town. We were able to build two new libraries [and several parks],” Holbrook told The Mirror.

One of those parks just opened across the street from City Hall. With a $46 million bill, Tongva Park debuted in what is now Holbrook’s final term on the council and has generally received critical acclaim by many residents, city leaders, and visitors.

“I believe it’s a better city,” Holbrook said of how Santa Monica has evolved during his 32-year tenure as a public official.

During that time, Holbrook never lost an election, a stretch of eight consecutive victories.

Looking ahead, though, he sees challenging times ahead for Santa Monica.

As the population of both Los Angeles and California has grown dramatically in his four decades of public service in Bay City, Holbrook said Santa Monica is essentially an island within a large metropolis.

Interestingly enough, during the time of Los Angeles’ population growth, the number of people living within Santa Monica has remained about the same. Still, locales like Pacific Palisades, Brentwood, Mar Vista, Venice, and Marina del Rey have grown quite a bit since 1982, which has resulted in increased traffic through and around Santa Monica.

The arrival of Expo could help, but Holbrook said it is most important for voters in this year’s election and upcoming electoral decisions to not just react to the proposed developments of today but also keep an eye on the future. Specifically, Holbrook noted voters should too wary of development and tourism, as developers and tourists help ensure new revenues and funding sources continue to flow into City Hall and allow Santa Monica’s residents to enjoy perks not found in other municipalities.

Holbrook, a graduate of USC, is also still working part time as a pharmacist, which is his professional calling.

Yet, through it all, he is most looking forward to spending more time with his grandchildren – though Holbrook will still reminisce about his days on the council.

“I will miss the council. I’ll miss it everyday,” Holbrook said.