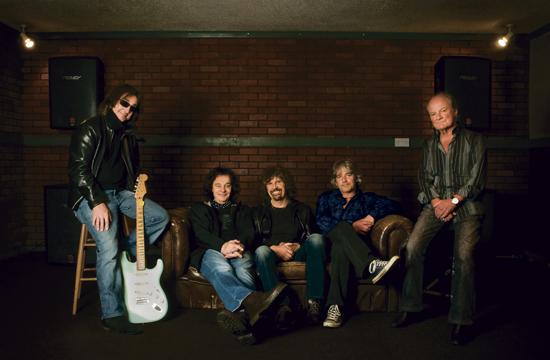 The Santa Monica Pier is in for a rare treat this Thursday, Aug. 21, as the Zombies take over the stage at the Twilight Concert Series.

As an English rock band that has been around since the 1960s, the members of the Zombies clearly share an intense passion for performing and happen to rock the charts while doing it.

Ranked on Rolling Stone’s 500 Greatest Albums of All Time, the Zombies have left an impression on British and American audiences alike and are known for their hit song “She’s Not There,” which made top lists in both countries. Like other talented British Invasion groups, the Zombies landed the opportunity to tour in the United States and promote their music.

The Zombies have played gigs throughout various legendary musical eras and experimented with different genres of their own, including R&B.

Currently, the members of the Zombies include Jim Rodford (on bass), Steve Rodford (on drums), Tim Toomey (on guitar), and of course, the two original and founding members Rod Argent (keyboards) and Colin Blunstone (lead vocals).

Though the Zombies have naturally faced inevitable member changes and split-ups over the years, Argent says that he and Blunstone came back together “just for fun” in late 1999.

“It was only that we had such a fun time playing that it mushroomed into many, many more gigs,” Argent said. “It grew into another version of the Zombies.”

The Zombies have certainly undergone several makeovers throughout the decades, but their passion for music remains at the core. Argent grew up as a lover of music, but it wasn’t until the early 1950s that Elvis Presley revolutionized the performing arts for him.

“At that time there wasn’t much exciting pop music,” Argent said. “But one day I heard Elvis’ ‘Hound Dog’ and it just became a monumental moment for me.”

This jumpstarted the genesis and the popularity of rock and roll, which Argent refers to as one of his greatest influences.

Argent acknowledges that making money and creating a career out of the Zombies are definite benefits, but he looks to another motive as the main catalyst behind why he performs.

“It feels the one hundred percent the same as it did when we were 18 years old,” Argent said. “It’s just as exciting and it’s what makes being onstage magical. We have the privilege of being onstage again, and we’re having a ball.”

Argent said that the Zombies are loving the process of recording new material and getting stimulated by creative juices. The band tours the United States as well as the United Kingdom every year. However, next Thursday night will mark the Zombies’ first time performing on the Santa Monica Pier.

“We’re excited to come play for Santa Monica and to continue to create music and have a ball,” Argent said.

The Zombies will be performing with opening act Mystic Braves and KCRW DJ Dan Wilcox. The concert starts at 7 pm.

For more information about the Zombies, visit thezombies.net.

For more information about the Twilight Concert series, visit santamonicapier.org/twilightconcerts.