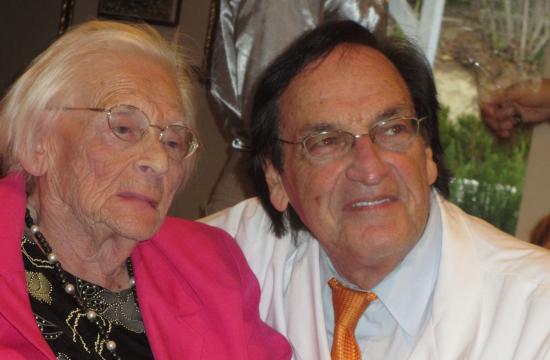 Opening statements were officially given this week in a trial against St. John’s Health Center at the Santa Monica Courthouse. Plaintiff Morry Waksberg, who alleges the administrators at St. John’s committed elder abuse, medical malpractice, and negligence, filed the civil trial.

Specifically, Waksberg, who identifies himself as a political activist, claims St. John’s administrators nearly killed his mother during her visit at the hospital, resulting in nearly $800,000 in costs.

As a result of the alleged treatment, Waksberg further claims his mother was left in a semi-comatose state and required an additional $400,000 in care.

According to information provided by the plaintiff’s representatives prior to the opening of trial this week, Waksberg’s mother, Ida, was admitted into St. John’s in January 2009 for a routine visit. However, Ida allegedly suffered a fall during her visit, requiring her to extend her stay at the medical center.

The lawsuit alleges an IV was placed in Ida’s arm when she was in the emergency room and remained in place for the next six days. That length of time was, according to allegations, a violation of St. John’s policy.

The plaintiff then claimed Ida suffered a pair of infections, including one to her spine.

An offer was reportedly made by St. John’s to and rejected plaintiff’s counsel for $150,000.

Waksberg claims he has compiled expenses of nearly $900,000. The lawsuit seeks $1.5 million, which his representatives claimed would only cover costs and expenses.

During the first day of court proceedings on Monday, a plaintiff’s representative claimed the judge approved a gag order requested by the defendant’s attorney.

However, preliminary reviews of court documents by The Mirror do not reveal a judge’s order or any other information revealing the issues of a gag order.

Representing St. John’s is the firm Wood, Smith, Henning & Berman. The firm’s attorney representing the medical center during the trial was not immediately available for comment on this case, though The Mirror will continue to make an effort to obtain St. John’s perspective.

According to a timeline of proceedings chronicled by the Los Angeles Superior Court, jury selection instructions were issued on Aug. 15. Both parties filed a handful of briefs on Aug. 19.

Last week, the attorneys for St. John’s filed several motions, including one requesting the court preclude any reference to Waksberg as “Dr. Waksberg” and prevent him from “rendering an expert opinion.”

Another motion filed by St. Johns request the court to exclude one of the plaintiff’s expert witnesses from testifying “as to personal opinions of plaintiff treating physicians.”

St. John’s attorneys also filed a motion seeking to preclude another of the plaintiff’s expert witnesses from “rendering comments about news articles [regarding] nurses leaving their employment.”

Assuming a settlement is not reached over the weekend and into next week, the civil and jury trial is expected to continue through at least Aug. 27, according to case information made available to the public.

The trial is taking place at the Santa Monica Court, 1725 Main Street, in Dept. J.; the courtroom is open to the public.

Additional reporting about this case, including more in-depth information from both sides, will be provided in next week’s issue of The Mirror.