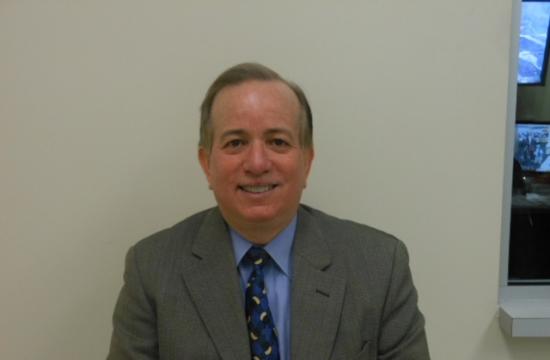 Conditions like irritable bowel syndrome can be debilitating for kids and teens, but treatment is not ‘one-size fits all.’

At some point, virtually every child gets a stomachache. Fortunately, it’s usually short-lived and not cause for concern. But what happens when a child’s stomach troubles—including pain and constipation or diarrhea—don’t go away?

Harry Cynamon, MD, a pediatric gastroenterologist at Children’s Hospital Los Angeles (CHLA) and a physician at the CHLA-Santa Monica Outpatient Care Center, talks about the elusive nature of irritable bowel syndrome in children, the all-important gut-brain connection—and what signs could point to more serious illness.

How does a parent know when a child’s stomach problems are serious?

In most cases, they aren’t serious. But obviously, if the symptoms aren’t going away, or are getting worse, parents need to take the child to the pediatrician to find out what’s going on. Certain issues are particular red flags, such as throwing up blood or passing blood, or losing weight, or not growing properly.

What kinds of patients do you see?

Typically, a pediatrician will refer a patient to me if a child isn’t responding to treatment or needs further evaluation. I see children of all ages—from infants to teenagers—with a wide variety of gastro-intestinal disorders or liver disease. One of the most common problems I treat is stomach pain, which can be caused by a lot of things, but is often due to irritable bowel syndrome.

What is irritable bowel syndrome?

Irritable bowel syndrome is a condition characterized by chronic abdominal pain, along with either constipation or diarrhea. It’s no fun, and it can be debilitating. But when we do tests, the GI tract is normal; there’s no inflammation or damage.

We don’t know what causes it, although it may be linked to complex interactions between the gut and brain, and stress and anxiety can play a role. In fact, kids sometimes feel that the adults around them don’t believe that they’re sick. But this is a real condition; it’s not imaginary.

How do you treat irritable bowel syndrome?

It’s not just, “Take this pill and it will cure you.” We often use a constellation of treatments—a special diet, exercise, stress-reduction techniques like yoga or acupuncture, or working with a school counselor and resolving any stressful school-related issues.

While there are medications for irritable bowel for adults, they often don’t work well in children. That said, I had one young boy who’d had severe stomach pain for months and had missed many weeks of school. It was a medication that finally did the trick.

How is irritable bowel syndrome different from inflammatory bowel disorder?

They can cause some similar symptoms, but they’re quite different. With irritable bowel syndrome, the GI tract is normal. But inflammatory bowel disease, or IBD, is a serious autoimmune disorder where the immune system attacks the body, particularly the intestine, and causes inflammation. There are medications for it, but there’s no cure.

IBD is on the rise in kids. Why?

We don’t know. It’s actually on the rise in adults, too. It’s not just that we’re getting better at diagnosing it; the incidence is rising. Nationwide, it’s thought that about 100,000 kids under 18 have IBD. But it’s still much less common than irritable bowel syndrome.

Why are stress and anxiety so often linked to stomach problems?

Because the brain and gut are connected. The gut contains millions of neurons; it basically has its own nervous system. Some scientists have even termed it a “second brain.” There’s a whole field now, called neurogastroenterology, that studies this complex interaction between the gut and brain.

What services do you provide in Santa Monica?

We provide initial consultations and follow-up care for all GI problems. It helps families a lot to be able to have local appointments whenever possible. Parents miss less work, and kids miss less school.

What can parents do to promote a healthy GI tract in their children?

A healthy diet, high in fiber, with lots of fruits and vegetables, is important, along with plenty of fluids and regular exercise.

In addition, studies have shown that breastfeeding plays a big role in helping babies develop healthy gut flora, with lots of beneficial bacteria. We also know that aggressive use of antibiotics early in life puts a child at higher risk of developing IBD. So it’s important to not over-use antibiotics.

But a parent can do everything right, and a child still may develop digestive troubles. The gut is complicated, and solutions are not one-size-fits-all. We work with each family to come up with an individualized treatment plan that works best for their child.

Harry Cynamon, MD, is a pediatric gastroenterologist at Children’s Hospital Los Angeles and a staff physician at CHLA-Santa Monica, which is located at 1301 20th St., Ste. 460, Santa Monica. For appointments, call 310-820-8608. For information, go to www.chla.org/santamonica.