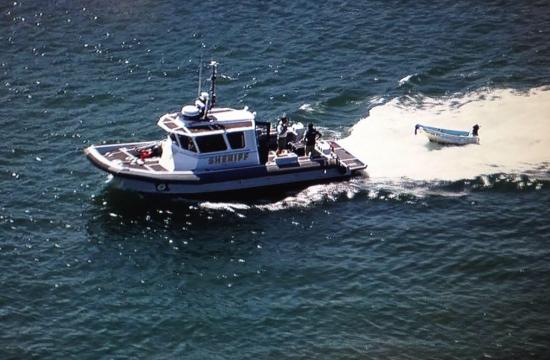 Marina del Rey Sheriff’s personnel responded to a call of a boating accident on Tuesday morning.

Upon arrival, rescuers observed a 10 foot skiff capsized with a 69-year-old man standing on the breakwater after being pulled out of the water by a witness prior to Ocean Rescue responding.

The man pulled from the water was airlifted by LACo Fire Airship to Westwood UCLA hospital for medical treatment.

The man suffered minor cuts and bruises to his legs and experienced difficulty breathing.