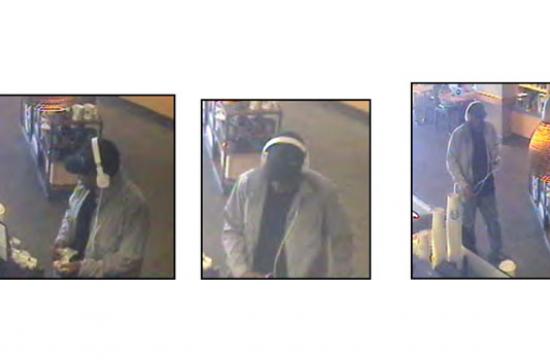 Robbery detectives at the West Los Angeles Police Station on Monday issued photos of a suspect wanted in a robbery at a Starbucks.

The suspect showed a gun in his waistband, demanded money, and the victim complied out of fear.

The weapon was described as a black semi-automatic handgun with chrome on the grip.