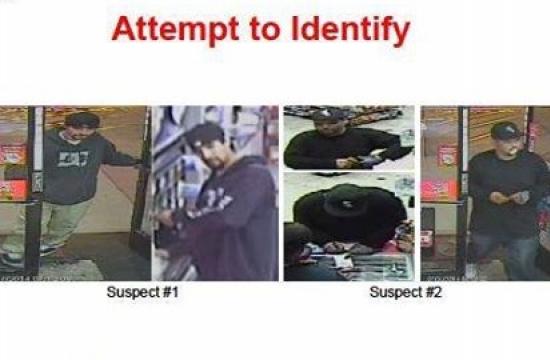 Sheriff’s detectives released photos on Wednesday of two suspects wanted in connection with a vehicle theft in Malibu.

A vehicle was taken on July 7 between 2 a.m. and 7 a.m. in the 31000 block of Bailard Road in Malibu, according to the sheriff’s Malibu/Lost Hills Station.

The suspects were captured when they used the victim’s stolen credit card, which was inside the vehicle when it was stolen. The suspects were making purchases at a Circle K and Jack in the Box in Oxnard.

One suspect is in his late 20s, with thin hair and facial hair.

The second suspect is also in his late 20s, has an average build and facial hair.