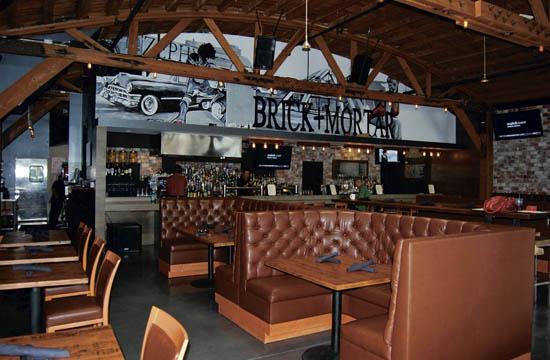 The operator of Brick + Mortar at 2435 Main Street pleaded “no contest” to 14 misdemeanor charges relating to illegal operations as a bar/nightclub, according to the Santa Monica City Attorney’s office.

The venue has been charged with persistently exceeding permit restrictions by operating as an unpermitted bar/nightclub with alcohol service to persons who did not intend to purchase food, refusing to comply with City Administrative Citations, and maintaining a public nuisance, according to the office.

Owner of the establishment Travis Lester told The Mirror that the charges are in fact a result of extensive negotiations.

“We have been working with code enforcement for two years,” Lester said. “We made improvements and received rave reviews earlier this year.”

According to a joint statement from the Santa Monica Police Department and City Attorney’s office, these efforts were unavailing and neighbors continued to be negatively impacted by intoxicated persons leaving the establishment at late-night hours.

“Unfortunately the City’s definition of a bar versus a restaurant has never really transcended into the food community as we are,” Lester said, stating that measures he put in place to limit underage drinking saw his restaurant labeled as something different.

“We used to card people at the door to control underage drinking,” he explained. “There are a lot of young people from UCLA and colleges in this area, we were just trying to keep within the law.”

Lester said that these days, many restaurants also offer a social scene, presenting a “blended” atmosphere to guests.

He stated that his food sales far exceed alcohol, with weekday meals the venue’s major focus.

Under a plea agreement with the City Attorney’s office, Brick + Mortar was placed on 30 months of probation and ordered to:

— Not organize or participate in pub-crawl events

— Allow persons of all ages to enter at all times

— Not check IDs or queue patrons at the door

— Pay over $6,700 in restitution to the City to cover City investigative costs

— Comply with all other applicable laws and permit conditions

Daniel Salerno, Santa Monica Police Captain in charge of the Department’s Vice Unit, said the outcome of the investigation was a positive and fair result.

“All businesses, including restaurants, must operate within their permit conditions,” Salerno said. “Under the City’s laws, restaurants cannot become bars/nightclubs without first getting proper City review and permits.”

“Restaurants that operate as bars/nightclubs, without proper review and permits, can create many public safety problems for the residents and the Police Department. Noise and the behavior of intoxicated persons, especially during late-night hours, significantly disrupt neighborhoods,” he added.

“Brick + Mortar has now committed to changing its operations to comply with local laws,” Salerno said. “We are very happy about this commitment and we look forward to working with Brick + Mortar, and any other business that needs our assistance, to ensure that they can operate successfully in Santa Monica and within the bounds of the law.”