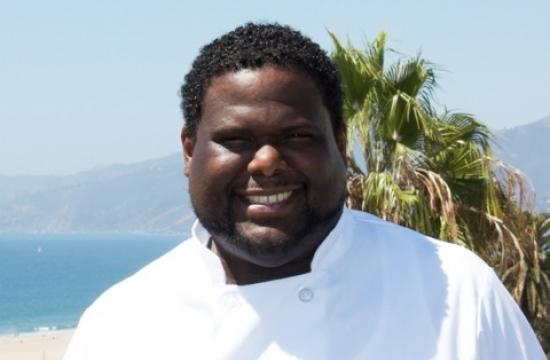 Hotel Shangri-la in Santa Monica has announced the appointment of Kareem Shaw as executive chef. He will oversee culinary direction for The Dining Room, Suite 700, as well as hotel catering and private events.

Henri Birmele, managing director for the Hotel Shangri-la, said chef Shaw’s extensive experience will be coupled with the hotel’s ongoing commitment to providing its guests with exceptional dining experiences that include fresh seasonal ingredients sourced from the weekly farmers market.

“The new menus created by chef Shaw will showcase the very best of local California cuisine with an international flavor catering to our global guests,” Birmele said.

Shaw brings more than 14 years of experience to his position at the Hotel Shangri-la. Born in Pasadena, he developed his interest in the culinary arts from childhood by watching his father cook.

He pursued his passion by attending Northern Michigan University, where he majored in hospitality/management with an emphasis on culinary arts.

Shaw said he looked forward to embracing the hotel’s 75-year heritage and infusing the menu with specially created dishes that will not only appeal to our current diners at The Dining Room, but will also satisfy the cravings and tastes of the hotel’s international clientele.

“My goal is to provide guests with a culinary experience that offers a relaxing ocean front atmosphere along with refreshing new dining choices that include American Fusion and California Farm to Table selections,” Shaw said.

Shaw started his career in Michigan under Don Curto at the “New York Deli” restaurant and was influenced by Curto’s traditional Italian cuisine featuring a selection of soups, fresh pasta and sauces.

Shaw began as a dishwasher and in just six years took over the restaurant, which won an award for the best soup in Northern Michigan three years in a row.

As Executive Chef at the “Wild Rover” restaurant, Chef Shaw cooked for President Barack Obama. During that time, he was also filming TV segments for “Good Day Wisconsin,” where he demonstrated how to cook different types of cuisine.

Upon Shaw’s return to California, he was Chef de Cuisine at The Langham Hotel in Pasadena and Executive Chef at Frame 128, where he created exceptional fine dining experiences to suit a variety of tastes.