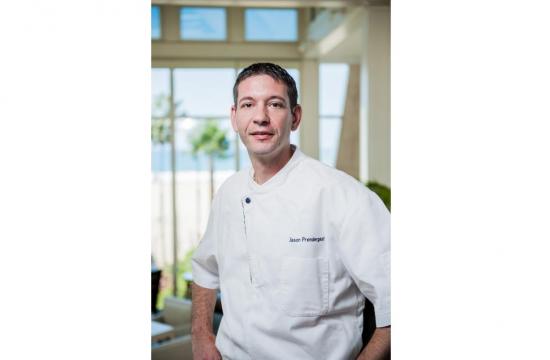 Loews Santa Monica Beach Hotel has announced the appointment of Jason Prendergast as Executive Chef. A graduate of the prestigious Culinary Institute of America in New York, Chef Prendergast oversees all culinary operations at the hotel, including Ocean & Vine, Blue Streak, Papillon Lounge, and the Fireside Lounge.

“With our innovative, creative team and such a renowned property, there are no limits to what we can create together,” LeClerc said.

Prior to arriving at Loews Santa Monica Beach Hotel, Chef Prendergast enjoyed a successful five-year gig as Executive Sous Chef at the Fairmont Miramar Hotel and Bungalow’s nationally-acclaimed restaurant, FIG, working side by side with Chef Ray Garcia.

Shortly after arriving in 2010, Chef Prendergast’s talents were quickly noticed as he hosted Starchefs 2010 and represented FIG alongside Chef Garcia at the renowned James Beard House on Earth Day 2011 and 2012.

During his tenure, FIG received numerous accolades including a nomination for Jonathon Gold’s top 100 restaurants in L.A.

Within a year he worked his way to Chef de Cuisine of Seasons Restaurant where he was later promoted to Executive Sous Chef and began integrating farm-to-table practices to all areas of the hotel.

Prendergast first made his way west in 2007 when he became Chef de Cuisine of Four Seasons Hotel Westlake Village. Working alongside Chef Sandro Gamba, also from Chicago, he fashioned the hotel’s modern approach to “wellness through cuisine” with inspiration taken from California’s abundance of fresh produce, meats and seafood.

When not in the kitchen, Chef Prendergast can be found enjoying the Southern California coast with his wife and two children.