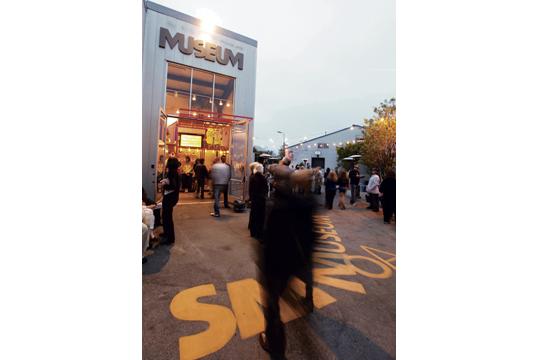 Greater gallery space, smooth labor agreements, and prior site experience saw Worthe come out on top of the bidding process, which had been narrowed to three front-runners earlier this year.

The vote came after four long hours of public comment and a further one-hour discussion among council members during Tuesday’s council meeting at City Hall.

Council member Ted Winterer said it was the inclusion by the Worthe Group of the most square footage for preserving the Bergamot galleries and the group’s prior work at the center that swayed his vote.

“They’ve put it [Bergamot] on the map, there’s no reason not to keep them there to keep it on the map,” he said, adding that the group’s labor agreement was also crucial to his decision.

“I’ve told all the teams you got to have labor peace,” Winterer explained. “They’re the ones to have sewed that up.”

“We are pleased that Santa Monica City Council has made the decision to enter into exclusive negotiations with a developer and move forward with the revitalization of Bergamot Station,” said Elsa Longhauser, Executive Director of the SMMoA, which is housed in Bergamot Station.

“The Santa Monica Museum of Art is looking forward to working closely with the City, the Worthe Group, and our neighbors to transform Bergamot into a vibrant town square, a bright star in the cultural latticework formed by the coming Metro Expo line.”

Transportation issues were key to the discussion, with Big Blue Bus (BBB) revenue requirements highlighted and the topic of parking hotly debated. BBB currently receives $528,000 a year from the lease of the city land, which expires in 2018. If the land is developed, they said, even more revenue could be generated for BBB.

The city-owned portion of the Bergamot Station Arts Center is located at 2525 Michigan Avenue and consists of approximately five acres.

There is an additional two-acre portion of the center that is privately owned.

Holbrook, who voted against partnering with the Worthe Group during Tuesday’s meeting, cited the fact that 26th Street TOD owned the adjacent property and could hamper development plans.

“It’s conceivable that the only property that can be developed, unless Mr. Worthe can buy all the properties from these people, is the city land,” Holbrook said. “And I think the project is going to be pretty crummy if that’s all there is to it.”

The city purchased its five acres of Bergamot in 1989 using transit funds, with the goal of serving future transit needs in Santa Monica and providing a source of revenue for the BBB.

Key to the project’s inevitable success is the Expo line light rail stop, located immediately adjacent to Bergamot, at the corner of Olympic and 26th Street. The line is scheduled to open in early 2016.

The light rail is projected to serve more than 3,000 riders per day and hopes to generate significant new activity to Bergamot and the area.

The city-owned portion of the arts center is currently occupied by approximately 27 small, creative business tenants, including art galleries, designers, a non-profit theatre company, and a café, according to city staff.

Councilwoman Davis stressed the need for timely benchmarks to be included in the agreement with Worthe so that the project not drag on unnecessarily.

Realistically, development will begin in 2017, according to city staff.

The welfare of the current tenants was also discussed at the council meeting.

Community consultation has been vital in the lead up to the decision and all council members agreed that continuing community input must be part of all future efforts.

Tuesday’s decision is not final approval of the project. The Worthe development team will now begin community outreach efforts on the project design and open space programming, and incorporate feedback from the community and from Council, boards, and commissions gleaned during initial float-up presentations.

A disposition and development agreement and environmental analysis will follow, in accordance with the Bergamot Area Plan.

City staff expects a development agreement application would not likely be submitted until sometime in 2015 and construction would not be expected to commence until 2017 at the earliest.