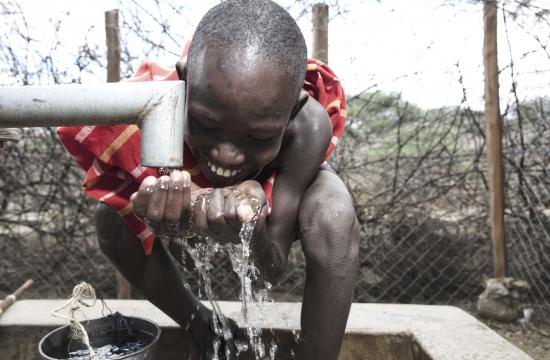 The Samburu Project is celebrating nine years of providing clean, safe, and sustainable water for more than 60,000 people in Samburu, Kenya.

“In Samburu, you always hear people say, water is life. It’s hard to understand this living in California. Though we are suffering a terrible drought this year, people are not dying,” said Kristen Kosinski, Founder of The Samburu Project. “Death due to water borne disease is an everyday occurrence in Samburu. The Samburu Project is doing something to change this.”

The event will draw attendees from all over Los Angeles, for a night of cocktails, culinary creations by local restaurants, live musical entertainment, an array of silent and live auction items and a VIP after party.

Warner Bros. Records and Buskin Records recording artist Andra Day will give an encore performance, as she was one of the highlights of last year’s event.

The launch of her inaugural album coincides with this year’s Splash Bash. Andra is also one of the faces of The Gap’s #summerloves campaign. Warner Bros. Records and Buskin Records will sponsor the event.

“The truth is water is education, empowerment, wellness, strength, sustenance and life,” said Andra Day. “Together with The Samburu Project we are working to give water and give life to thousands of men, women and children.”

Jeanette Jenkins, workout guru and The Samburu Project partner, will be the Mistress of Ceremonies at the event. She has been an active advocate of the project since 2010, and donated her first well in her family’s name.

Expected attendance is about 350 people, a mix of long-time supporters of The Samburu Project as well as many new faces with a VIP guest list that includes a wide array of people – celebrities, entertainment & music business executives and community leaders.

Tickets are available at www.samburusplashbash.org/rsvp.