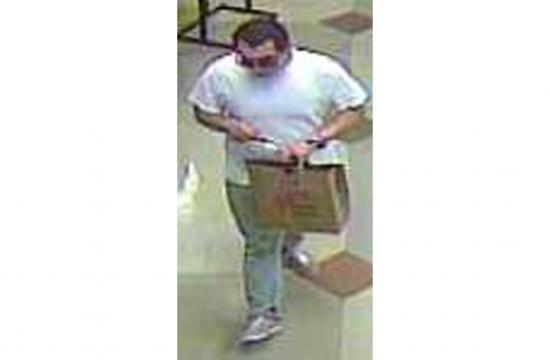 Detectives from the sheriff’s Malibu/Lost Hills Station on Wednesday released photos of two suspects taken when a car was stolen on July 3 between 3 p.m. and 4:30 p.m. on Pacific Coast Highway.

The suspects smashed the passenger side window of the black sedan with tinted windows and stole multiple items including a purse, authorities said.

A suspect is shown at a Chevron gas station and a Ralphs market in Malibu using the stolen credit card.