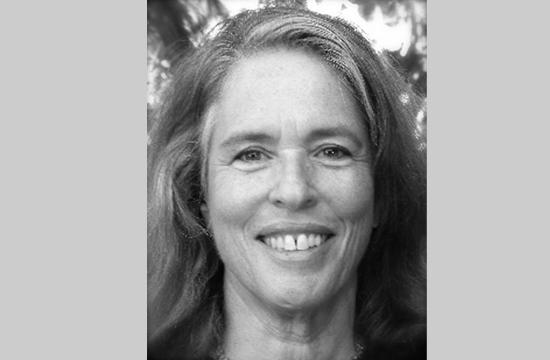 The Santa Monica Council City members to be elected on Nov. 4 will be responsible for guiding and shaping the city. Their decisions will affect each of us in practical ways – such as our daily travel in the city; the number of parks we have and how they are used; how we spend the public dollar and the social benefits that can bring; and the image and character of new development in the city.

This column is the fourth in a series of columns where City Council candidates are asked to respond to issues of controversy and conflict in Santa Monica.

There are 14 candidates for three seats. The purpose of these columns is to let you, the reader, get a better understanding of each candidate and to help you as you decide which candidates are worthy of your vote.

To see the candidates answers to previous visit:

In this column, candidates were asked about ethics:

From the halls of Congress to City Hall, ethics and transparency have become part of the political conversation. Please describe the criteria, standards, and actions you use in your campaign to express and meet these goals.

In ballot order, here are the responses of the City Council candidates.

I will not take contributions from developers or contractors with the city, developers’ attorneys, and anyone else who seeks favors from the city. It is difficult for a first-time candidate to gain name recognition in a field of perennials and incumbents extremely well-funded by outside interests, and so far, we are having great success. I am committed to loaning my campaign whatever is needed to take back our city. I also am committed to backing local and national political candidates and organizations who advance causes I embrace.

I agree with the government-citizenship partnership that basically states transparency creates a window into the world of government operations, and accountability provides a measure of how government is performing. Providing the public with a way to see plans for services and infrastructure, spending, and the evolution of public policy starts with providing access to information. Transparency and accountability builds confidence in government. When government is transparent and accountable, it shows how and why decisions are made, offers measures of whether public policy is successful, and presents areas where business and the public can get involved to help government meet goals.

I don’t share campaign strategy. There are strategic decisions each campaign makes about how and who they communicate. I have not yet seen a campaign that provides that information to the public. All financial reporting is covered by FPPC regulations. There is a Code of Fair Campaign Practices from the FPPC and I have signed it. I do not know if other candidates signed it.

In 2006 I was the only candidate focused on defeating “Prop W” which was designed by the City Council to overturn “The OAKS Initiative”. This initiative Ralph Nader’s “Better Government Coalition” authored passed by over 60 percent of Santa Monica residents in 2000. It called for transparency in city government saying all campaign donations needed to be revealed and connected to the council member and that member need recuse themselves from any vote that was connected to that donation. We defeated “Prop W” and six years after it was passed “The OAKS” was mandated. This has lead to the allegations Pam O’Connor faces.

Ethics and transparency have always been issues because of the inherent conflicts between our desire that politics be conducted in a manner that is fair and our veneration for free speech. Because it’s not fair we don’t want moneyed interests, whether they be private parties seeking benefits from government or wealthy candidates, to dominate politics. Nor do we want, however, to stifle political participation by anyone. I try to resolve these issues by having a long record that voters can refer to and use to judge whether I ever make decisions based otherwise than on longstanding and clearly articulated principles.

My campaign is an open book as will be my term on the City Council. We are lacking true transparency and authentic leadership in City Hall. Too many decisions are made in back rooms away from public scrutiny. Let’s end that. My supporters are neighborhood residents in our grassroots campaign. I pledge to reject influence peddling from outside developers. City Council members must declare whom they meet with about City business. Putting our residents first is the core philosophy of my campaign. Ethics and character have been essential to my decades of volunteerism in my hometown.

In light of recent faults with our elected officials, ethics and transparency have been a focus of my political campaign. Due to this focus, I have upheld high standards with regard to ethics and have not wavered in my political stance to cater to extremely vocal segments of our community. Furthermore, technology engages voters across the generational gap and has increased transparency in my campaign. With so much of our youth invested in my candidacy, I am held to a high ethical standard as a role model for our next generation of leaders.

I meet with people one-on-one as well as groups. I make time for them listening to their needs for good leadership in this city that they can trust. Being accessible to the community is important. While we may not see the same view on every issue; we can agree to disagree in a civil manner. I am always truthful in my opinions without a hidden agenda.

Transparency cannot exist in governance when in politics big money rules. It’s almost a felony crime, a game of monopoly. As Marianne Williamson said: “It’s the greatest moral challenge of our time”. Incomprehensible: powerful people give campaign contributions as a business expense, in a bought and sold political process; an ugly reality that undermines our democracy and the rights of local residents to access their rights. A political contribution gets a donor something in return: it’s the system we have, influencing people through money, how one gain access to political leaders. It’s not enough to be a citizen anymore.

I don’t take developer donations, nor any corporate contributions at all. I’ve consistently and proactively returned campaign donations from anyone about to have business before the City Council, going beyond the legal requirements in doing so. I’ve never waited until someone pointed out questionable donations; I declined them from the outset. I’ve repeatedly tried to enact more resident-protective campaign finance and disclosure laws, and hope with new allies after this election I’ll be able to.

Elections cost a great deal of money. Donations are the single biggest conflict area. I don’t accept developer donations. This removes the land use and enrichment through DA process issues from consideration. I will return donations we believe are an issue. We declare all donations. I don’t attack other candidates. We adhere to the Oaks Act. Beyond that a sense of personal ethics and appropriateness is the guiding sensibility. Ultimately the judgment is always made by the voters.

Transparency and accountability are how you keep politicians honest. Eliminate special interest from politics through clean money, ranked voting, voting by district, and term limits, levels the playing field so grassroots candidates can run for office without having to incur promises and other obligations, to secure endorsements and contributions, by selling out their constituents in order to be elected. I am the only City Council candidate with a formula to implement resident empowerment. A Virtual Town Hall on the City Website Home Page, with free city wide, broadband, high speed, WiFi, linked to moderated public forums!

I file all my financial disclosure reports on time and honestly, both when campaigning and when in office. I list my positions on multiple issues as a candidate, and my accomplishments in office on my campaign website www.feinstein.org/issues. When I go door to door to meet residents, I answer all of their questions, regardless of whether I think they will agree with me or not. To be accessible, I include my email address and home phone number on my campaign walk piece, and in office, I listed my home number for the public to contact me.

During my time as a Planning Commissioner, and as an elected member of the Rent Control Board, I’ve worked to diligently scrutinize the issues before me and collaborate in a positive, effective manner to create solutions that benefit our community. Throughout my campaign, while serving our community, as a parent, and in my personal life, I value productivity, transparency, responsibility, and standing up for one’s beliefs. Responsible governing must always start with the need to understand residents’ concerns, being open and accessible, involving the community and being responsive.