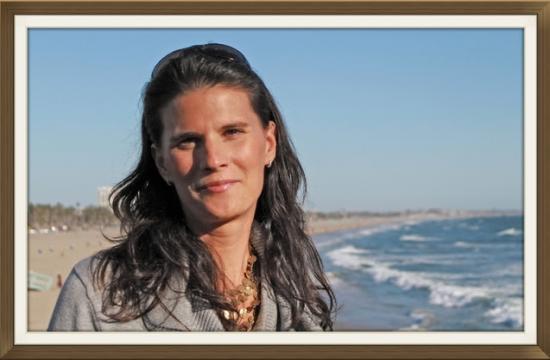 Heal the Bay has named Alix Hobbs as its new president and CEO, its board of directors announced on Wednesday. Hobbs, who has been serving as chief operating officer for the past year, takes the reins from exiting president/CEO Ruskin Hartley, who is stepping down from his post in order to be closer to his young family in the San Francisco Bay area.

Hobbs has a 16-year history with the Santa Monica-based nonprofit. Mentored by Heal the Bay founder Dorothy Green, Hobbs began as a volunteer at a beach cleanup in 1993 and has since taken on  positions of increasing leadership, from Programs and Education Director to Associate Director.

Working together, Hartley and Hobbs have led Heal the Bay to some key wins over the past year: the adoption of a statewide plastic bag ban, the establishment of an ambitious Local Coastal Plan in the Santa Monica Mountains and the creation of a Pier Ambassador program in the South Bay to educate anglers and the general public about sharks in local waters.

“Heal the Bay is all about rolling up our sleeves and getting the job done, and I’m proud to be part of our legacy of fighting for our region’s greatest natural resource,” said Hobbs. “We were built on science-based advocacy and education, and that approach will continue to guide us. As we near our 30th anniversary, I am honored to lead such a committed team of staff, volunteers and members working together to create a healthy and thriving Bay.”

Her immediate focus will be leading the organization through its next 10-year strategic plan, growing general membership and developing new fundraising models. She will also extend the work Hartley began to make Heal the Bay a more forceful advocate about drought-related policies.

Hobbs has extensive experience in nonprofit management and advocacy, having also served as director of environmental quality at Scenic Hudson, a land trust organization committed to protecting the greater Hudson River Valley in New York state. After serving in that role for five years, she returned to Heal the Bay in 2006.

“This is a choice that Dorothy Green would be very proud of,” said Mark Gold, a current board member of Heal the Bay who served as the organization’s chief from 1995-2012.  “I began working with Alix when she was a teenager and to see her grow and now lead the region’s most effective coastal environmental group is really gratifying. She has tremendous passion for protecting the Bay and is an expert at managing all the details that come with that work.”

Under Hobbs’ direction, Heal the Bay staff will focus on three key policy issues this year:

·       Securing sustainable funding sources for water quality improvement projects, such as reforming Prop. 218 to make it easier for cities to capture and treat urban runoff and stormwater.

·       Working to uphold the moratorium on oil drilling in Hermosa Beach, which Heal the Bay helped establish in the late 1990s and will be reconsidered by voters next March.

·       Developing a predictive beach water quality model to provide ocean-users with a more timely assessment of potential bacterial pollution at their favorite beaches.

Hartley will remain as an advisor to the organization through the end of the year.

“My decision to leave Heal the Bay by the end of the calendar year was ultimately an easy one,” said Hartley. “ We’ve had some big wins in the past year and laid the groundwork for the next phase of work for Heal the Bay.  Alix is the ideal choice for moving the organization forward.”