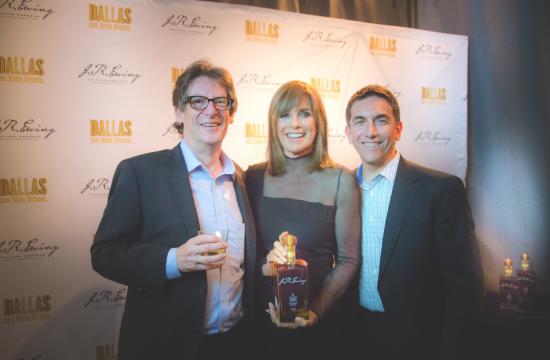 A J.R. Ewing Bourbon launch party at Del Frisco’s Grille in Santa Monica on Wednesday, Oct. 1 was a great success.

Southfork Bottling Company and Prairie Creek Beverages hosted the event and Linda Gray, star of Dallas on TNT, made a special appearance.

Distilled in the heart of Kentucky’s bourbon country, the four-year-old, 80-proof light amber-colored bourbon is distributed in Texas, and will continue to expand toward full national distribution by the year’s end.

Plans for international distribution are already underway as well. The brand is marketed to distributors around the United States by Prairie Creek Beverages, a national wine and spirits marketing company, and internationally by Melchers Group, a producer and exporter based in The Netherlands.