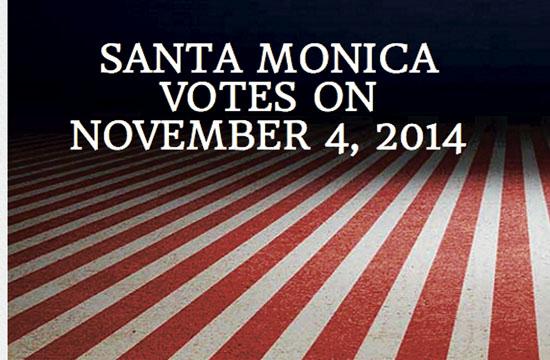 Santa Monica City Council candidates in the Nov. 4 election have made their financial situations clear, with Sue Himmelrich and Michael Feinstein frontrunners on the $340,000 money-train.

All election candidates were scheduled to file official 460 campaign contribution forms for funds received July 1 – Sept. 30 by Monday, Oct. 6. All figures quoted in the article are per calendar year.

Topping the campaign high rollers at $96,547.34 in funding, Himmelrich can credit the bulk of her contributions to a personal loan, of $90,000.

“I have not actively solicited donations; I do, however, have a donation button on my campaign website and have been fortunate to receive contributions of approximately $7,500 from family, friends, and Santa Monica supporters,” Himmelrich said.

“It is difficult for a first-time candidate to gain name recognition in a field of perennials and incumbents extremely well-funded by outside interests, and so far, we are having great success,” she said. “I am committed to loan my campaign whatever is needed to take back our City. I will do whatever is necessary.”

“My donor mix includes many community members who think favorably of my previous City Council work,” Feinstein said. “I also have many friends and family around the country who support me.”

Printing, advertising with a variety of publications, and campaign management has absorbed almost $30,000 of campaign funds with Gilpin Group strategists taking $7,760.

“People donate to my campaign because they believe I’ll enhance the public policy debate and serve responsibly/effectively in office,” he said. “I am also lending my campaign funds because of the high cost of campaigning and reaching all voters.”

“People from all walks of life and parts of Santa Monica have supported the campaign,” McKinnon said. “A lot of people I don’t know personally have donated through the website, and we are being frugal with their contributions.”

Materials, postage, and campaign managers have been the big winners of McKinnon’s fundraising efforts, he’s spent $69,317.13.

“Our job is to continue building enough support from residents to get our message to voters,” he said.

“It’s expensive to campaign in Santa Monica,” Gruber said. “To reach 60,000 potential voters… and with the contribution cap of $325 it is extremely difficult for an independent candidate to raise money.”

“My contributors are a mixture of local residents and businesses, friends and family from around the country, and other people around the L.A. region who share (to a greater or lesser degree) my views on the issues or who otherwise believe I’ll make a positive contribution,” Gruber commented.

Reaching $33,649 in funding, O’Connor said that after attending a national women’s voting forum, she learned to be bold when asking for support.

“I work regionally and nationally,” O’Connor said. “So I asked friends, family, everyone I know. I have contributions from the environmental field, from a bigger field; from all over.”

O’Connor said that like many Santa Monicans, she works in and enjoy other parts of the region.

“I serve Santa Monica on regional boards such as LA County Metro and the Southern California Association of Governments and work with people around the region who also support me,” O’Connor said.

Political strategists The Political Scientists received $20,000 in payments from O’Connor’s campaign, she still has a few thousand left to spend.

“The vast majority [of my contributors] are composed of residents; both owners and renters, who are disturbed about the future of our city,” Brock said. “Traffic, over development, our infrastructure, financial oversight, and higher taxes are of deep concern to them. I’ve met residents throughout our city and I’ve found we share the same frustrations and concerns. I look forward to installing a department of common sense in city hall to solve the issues in the city I love.”

Adding a personal loan of $5,100 to raise a total of $24,955.33, McKeown said that most of his funding was local and many in amounts too small to make the official register.

“Over half my contributions are in amounts under $100, from Santa Monica residents,” McKeown said. “That to me is the definition of a true grass-roots, community campaign. I know that for many of our neighbors, those donations represent a significant decision to support me, not just a business expense. “It looks like my proportion of support from residents has increased significantly even from my previous levels, and I’m grateful for our community’s engagement and generosity.”

The Gilpin Group strategists also benefited from McKeown’s fundraising with $4,244 on campaign consulting.

“With 15 years of community based activism…it is a wonderful feeling be supported so generously by the residents of the community that I have worked to preserve and enhance,” she added.

In terms of expenditure, Kennedy has spent $2,213.19, mainly on campaign materials.

“My campaign is a grass roots community based campaign,” she said. “I have the support of Santa Monica resident volunteers who are helping get the word.”

Relying on friends and family, Boles rounds up the filed contributions with $8231.69.

“All of my contributions came from family and friends,” Boles said.

“I generally ask for help in three ways,” he said. “Direct funding, volunteer hours, or referrals. I think it’s very important to have help from within the city limits and the vast majority of my intern/volunteer base is made up of students and residents who are part of the community and are passionate about their future.”

Campaign management and advertising has taken most of Boles’ budget, his team hitting the pavement to gain ground.

“It’s extremely labor intensive work,” he said. “My campaign can’t afford to flood residents’ mailboxes, so we are knocking on as many doors as possible and responding to peoples wants and needs. We will see if money buys elections come November.”

“Money buys campaign ads, hires campaign managers, sends out campaign mailers, etc, etc.,” Rubin said. “All well and good, but since my ‘activist campaign’ takes a different approach I still consider my campaign to be very serious although I might be defining the word ‘serious’ a bit different than the usual ‘serious candidate’ definition.”

Mann explained why he was running a donation-free campaing.

“I am a Green party candidate, running a penniless, paperless campaign to take the money out of politics and level the playing field, so anyone can run for office; it is a daunting challenge,” Mann said. “I joined Clean Money over a dozen years and Common Cause decades earlier. I have been advocating for ranked voting, term limits and voting by district my entire political career.”