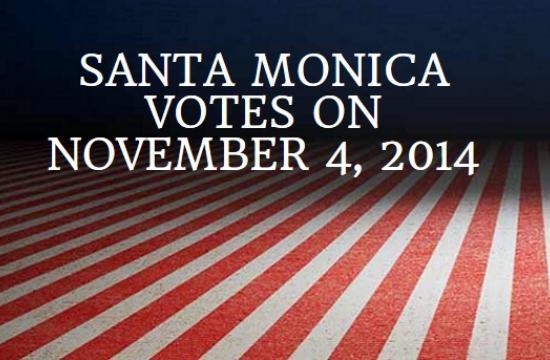 The Mirror Media Group, publisher of the Santa Monica Mirror, represents many neighborhoods in the Westside community – a privilege and honor we take seriously.

We have the best interests of the community in mind from when we report on the news and happenings to the times we endorse candidates and measures.

We are not politically slanted in either way. We support what is truly good for our communities we serve rather than lean to the left or right. If it’s best for all, then we support it.

We support business, specifically small business, as this is the heart of any local economy.

We are against any tax that either makes it more expensive to live in our communities or makes it harder for businesses to thrive.

We support the idea that the community should have a say on major issues through voting, not relying on a small group of people that we elected to keep track of the everyday issues facing our community.

We support smart development, we don’t believe in slow growth and we certainly don’t believe that we should bend over to big-money developers.

We support tradition but also believe in evolving that tradition whether it be for a historical landmark or unwritten laws about our community.

We truly are for the community and we have zero special interests other then making each community we serve stronger and better for the next generation.

Santa Monica voters will be asked to vote on five ballot measures at the election this Tuesday, Nov. 4 – we urge a ‘no’ vote on all five.

The Mirror urges a ‘no’ vote on both Measure D and Measure LC on the basis that neither will have any power once the City’s agreement with the FAA expires June 30, 2015.

We oppose both measures as we want to save city resources from concentrating on an unnecessary battle and just wait to deal with the FAA next year.

When all is said and done, the FAA is going to have the final say on any change in use of Santa Monica Airport (SMO) – and it has the backing of the Federal Government to fight for what it wants and for what it feels to be in the best interest of the national system of airports.

In case you forgot how powerful the FAA is on the matter, we remind readers it was just February this year when U.S. District Judge John L. Walter dismissed the City of Santa Monica’s lawsuit against the FAA without much hesitation. The City’s lawsuit had hoped to take future ownership and control of Santa Monica Airport.

Here’s another example of the FAA’s power when it comes to keeping the airport open. It was 1983 when the City Council voted to close the airport at the earliest feasible date.

What came out of that was the 1984 Settlement Agreement that stands today, which settled numerous disputes that arose out of that City Council action at that time.

The Department of Justice (DOJ) simply stepped in and told City Hall that SMO was integral part of the entire Los Angeles airspace system and the DOJ would fight the City to the end. The City sued for peace, which resulted in the current agreement between the City and the FAA that will expire June 30, 2015.

As far as the Federal Government is concerned, closing SMO is as likely as closing down the 405 Freeway.

While the city could argue that it owns SMO, the same could be said about its ownership of Lincoln Blvd., but the Federal Government would never let the City of Santa Monica close Lincoln Blvd.

As the future of SMO is much larger than a simple city charter, we believe the idea of the FAA letting either Measure D or Measure LC get in its way is extremely unlikely.

In closing, while we believe residents should have the final say on how this land is used in the future – not just the seven City Council members (what Measure LC fights for) or the aviation industry (what Measure D fights for) – it is simply an unrealistic reality.

The Mirror urges a ‘no’ vote on both Measures H and Measure HH that seeks to increase the city’s real estate transfer tax.

We understand that all redevelopment agencies in California were dissolved in 2012, including the Santa Monica Redevelopment Agency (RDA), but we stand strong against any tax that makes Santa Monica an even more expensive place to live.

As the majority of real estate sold is for more than $1 million, we don’t feel anyone who buys and sells real estate within the city – whether it be residential or commercial – should be taxed higher than what the rate already is.

We feel the City of Santa Monica should take a closer look at finding places to reclaim some of the $40 million a year in lost RDA funds from its $500 plus million a year budget (like more tweaks to reduce excessive CALPERS pension funds) rather than increase taxes.

The Mirror urges a ‘no’ vote on Measure FS. This measure seeks to make it more expensive for both renters and landlords in Santa Monica. The City’s Rent Control department currently has a maximum annual registration fee of up to $174.96 per controlled rental unit, which we already think is too high (the City of Los Angeles charges a rent control stabilization fee of $67.83 per unit). Increasing the registration fee up to $288 per unit annually with this measure (of which a landlord can pass down 50 percent) is again making Santa Monica a more expensive place to live than it already is.

If this department is not operating cost efficiently, then maybe it’s time for an extensive audit to take a closer look at how every dollar is being spent.