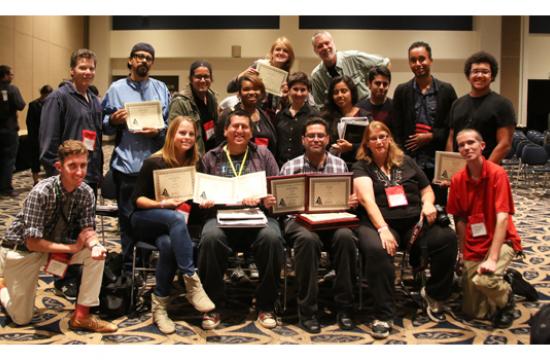 The Santa Monica College student newspaper The Corsair won 16 awards – including online General Excellence and four first place awards – at the 2014 Southern California convention of the Journalism Association of Community Colleges (JACC) held on the campus of California State Fullerton University on October 17-18.

Alci Rengifo, editor-in-chief of The Corsair, won two first place awards – one for column writing and another for news story.

About 250 students from many Southern California community college journalism programs attended the convention.

The results of mail-in contests recognizing top work from last year were also announced at the convention.

Saul Rubin is SMC’s faculty advisor to The Corsair and instructor of the journalism class that produces the print and online editions of the newspaper, while instructor Gerard Burkhart is the photo advisor.

A complete list of SMC awards at the 2014 JACC Southern California conference follows: