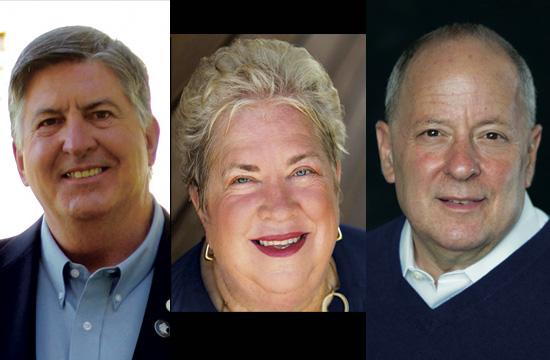 The Mirror Media Group, publisher of the Santa Monica Mirror, represents many neighborhoods in the Westside community – a privilege and honor we take seriously.

We have the best interests of the community in mind from when we report on the news and happenings to the times we endorse candidates and measures.

We are not politically slanted in either way. We support what is truly good for our communities we serve rather than lean to the left or right. If it’s best for all, then we support it.

We support business, specifically small business, as this is the heart of any local economy.

We are against any tax that either makes it more expensive to live in our communities or makes it harder for businesses to thrive.

We support the idea that the community should have a say on major issues through voting, not relying on a small group of people that we elected to keep track of the everyday issues facing our community.

We support smart development, we don’t believe in slow growth and we certainly don’t believe that we should bend over to big-money developers.

We support tradition but also believe in evolving that tradition whether it be for a historical landmark or unwritten laws about our community.

We truly are for the community and we have zero special interests other then making each community we serve stronger and better for the next generation.

The Mirror endorses incumbent Kevin McKeown, incumbent Pam O’Connor, and former Planning Commissioner Frank Gruber to provide a diversity of voices that will keep the council active while preventing a super-majority that leans far left or right.

We feel that electing these three individuals will meet our values of providing a balance of supporting business and smart growth.

There is a feeling in the city that this is the biggest election for Santa Monica’s future – we agree – and we have made our choices based upon the long haul, not just the issues in front of us today.

We feel that O’Connor will continue to vote in favor of development while McKeown will be against, leaving Gruber to lean left or right depending on the issue.

Gruber, who served on the Planning Commission from 1995-1999, is a small business owner with a law office in the 1929 Clock Tower building. He has said that he knows that it’s difficult for business owners to get started from scratch or to make even the simplest of changes as there are so many regulations, and we support his platform of streamlining those practices.

McKeown, who has served on the City Council since 1998, has remained true to his values of putting residents first. As an advocate to renters, McKeown has often reached out to The Mirror after letters to the editor have been published on topics such as tenant abuse or eviction threats, asking that we put him in contact with the letter writers so he can step in to help out where possible.

O’Connor is also very pro-business, especially small business, and will also continue to vote for infrastructure that is vital for Santa Monica to move forward.

We also would like to add a highly commended mention to Nick Boles, a 29-year-old non-profit consultant/entrepreneur who has injected a voice for the youth into this political race. While this election will be tough, we would like to see him and other young hopefuls run at the 2016 election.

SMMUSD Board of Education

The Mirror endorses incumbents Laurie Lieberman, Oscar de la Torre, and Ralph Mechur who are seeking re-election to the Santa Monica-Malibu Unified School District Board of Education. The Mirror also endorses Richard Tahvildaran-Jesswein to fill the seat being vacated by Nimish Patel who is not seeking re-election.

All three incumbents continue to serve the District’s students in an exemplary way; Tahvildaran-Jesswein has shown that he is in touch and well versed with the issues and will be a fine addition to the board.

SMC Board of Trustees

The Mirror endorses incumbents Nancy Greenstein, Louise Jaffe, Andrew Walzer, and Barry Snell. All four candidates, including Snell who was appointed to the Board earlier this year, have proved they are in touch with the College’s future needs and all deserve another four-year term to continue their work to move SMC forward.