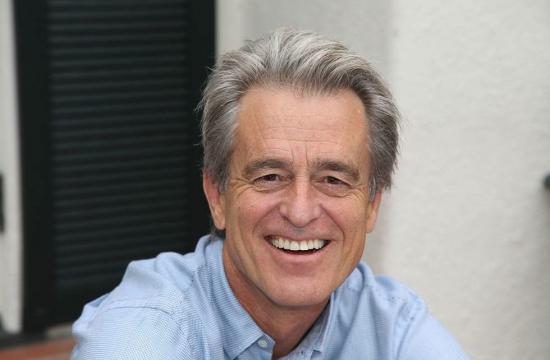 With all the mail that’s flooding mailboxes, all the robo calls jamming our phones, and all the people knocking on doors, I’m can’t believe that there’s anyone in Santa Monica who doesn’t know about the upcoming election. And I think everyone — including the candidates running for office and voters — will be glad when the noise of the election is over.

But it’s not over yet. It won’t be over until we vote this Tuesday, Nov. 4.

So, having not covered the candidates for L.A. County Supervisor (Third District), Bobby Shriver and Sheila Kuehl, since my interviews with them in the Primary, I made one final offer to Shriver and Kuehl to give them some ink to talk about an issue near and dear to Santa Monicans: the environment, what they have done, and what they will do if elected.

Bobby Shriver’s response is below. Sheila Kuehl felt she had to decline to respond at this time.

Here’s Shriver’s thoughts on the environment.

“One of my major goals as County Supervisor will be not just to protect our natural environment — but to leave our beaches, mountains, air, and water in a better state than we find them in now. We owe this to future generations. Watching my daughters grow up in L.A. County, I feel this responsibility every day.

“I have experience: As chair of the California Recreation and Park Commission, I led an effort involving thousands of people that stopped a six-lane toll road from destroying San Onofre State Beach and Trestles surf break. As a Santa Monica City Council member, I played a major role in passing Measure V and pushed to have the water-cleaning projects it funded done quickly. The bay’s water grades rose from D’s and F’s to A’s. In 2008 I supported Measure T, to limit traffic and development in Santa Monica. A campaign well funded by developers defeated the measure. My opponent in this race, Sheila Kuehl, was a spokesperson for their campaign.

“As county supervisor, I will work for these results:

“1. Capture and clean our water.

“The county needs to stop letting good rain go bad. I will lead a county effort to capture, clean, and store storm water for local use and to replenish our groundwater supply. We need to help businesses and homeowners use permeable pavement, smart landscape design and rooftop rainwater harvesting.

“Besides wasting rainwater, we have water sitting in aquifers right beneath us that we cannot use because we don’t clean it up! I will work with the LA DWP to develop groundwater remediation facilities. While I was on the Santa Monica City Council, we brought a system on line so that the city provides 70 percent of our own water. I will work for that countywide.

“Finishing public transit projects quickly is the best way to do this. I will see that we finish the Purple Line to West LA without the forecasted delay and make sure the Expo Line in Santa Monica is finished on time. I will also push for expanded north-south public transit from the Valley and Santa Monica to LAX.

“To reduce traffic on surface streets, I support giving students free Metro passes, as we do in Santa Monica. I will expand bike-sharing and car-sharing programs to offer transit alternatives and to make access to public transit easier.

“3. Protect our mountains and beaches from over development.

“The best way to do this is to support the Local Coastal Plan that the LA County Board of Supervisors adopted last August for 81 square miles of county land along the coast and into the Santa Monica Mountains. Some of the LCP’s important goals are to protect environmentally sensitive habitats, coastal landscapes, and to avoid urban sprawl. With good planning we can protect our environment and our neighborhoods, as well as plan for needed infrastructure.”