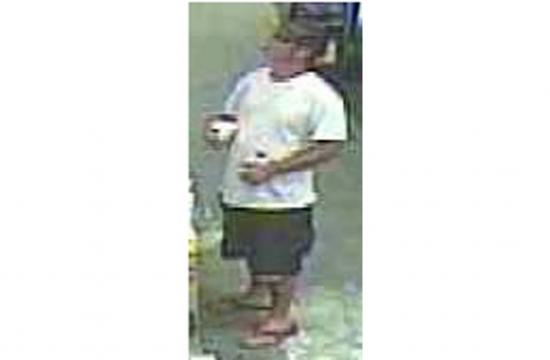 Photos of a suspect who smashed the front passenger side window of a car parked on Pacific Coast Highway in Malibu and stole a purse were released today by the sheriff’s Malibu/Lost Hills Station.

The suspect is pictured using the victim’s stolen credit card at a Ralphs market in Malibu. The card was also used at a CVS pharmacy, Coogie’s Natural Cafe and a USA gas station in Malibu.

Anyone with information about the crime was asked to call Detective Lewis at 818.878.5538.