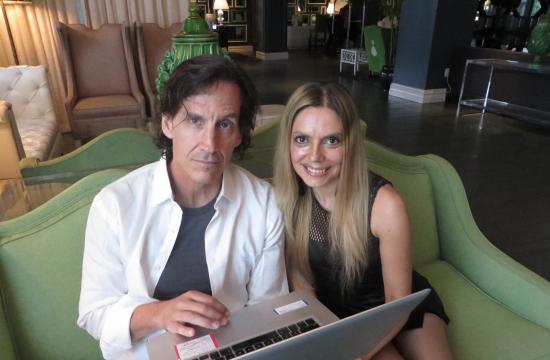 Calling it a “dream come true”, Kevin Donovan, who directed the popular action comedy “The Tuxedo” starring Jackie Chan and Jennifer Love Hewitt, has agreed to helm “Land of the Free, Except for Me”, based on the harrowing true story of Santa Monica actress Marie Paquim.

Paquim, who will be playing herself, the lead role in the film, is also the main writer, along with co-writer Peter Barent Lewis, and is Creative Producer for Utopia Lumiere Films.

Donovan, since his auspicious feature debut with “The Tuxedo”, has also been an award-winning commercial and music video director, with five Cannes Lions to his credit. His American Heart Association sixty-second spot aired twice in the 2007 Super Bowl. Donovan is currently in pre-production for “What Would Trejo Do?” starring Danny Trejo.

“Land of the Free, Except for Me” is an action thriller drama on the important socio political theme of human trafficking. Based on a still ongoing criminal case, the true-life story is being told thanks to special permission and support from the F.B.I. The story is about an F.B.I. agent who fights demons from his past, and combines forces with an enslaved Portuguese woman to shut down a notorious human trafficking ring.

“Few people can understand the horrors I went through,” says Paquim, who is sharing her story to raise awareness on the alarming rise of slavery in the world. “I want people to feel me. To be a slave is to be dead.”

Before her ordeal, Paquim had established herself as a child star in Europe, working alongside notables Gerard Depardieu, Catherine Deneuve and John Malkovich. She continues a family tradition in show business, her father a professional dancer, and her mother, Lisette, a renowned Fado singer.

Also attached to the project are: co-producer/line producer James Spies (“Commander In Chief”, “Nothing But the Truth”), co-producer Tarah Paige (Transformers, Alice In Wonderland), and actors Christopher Rich and Rance Howard. Further casting is courtesy of Carla Hool.

Paquim’s film has been gaining steady interest here and abroad. Paquim appeared on CNN’s “Sin Limites” program with Elizabeth Espinosa, and was the keynote speaker at Pasadena’s Human Rights Summit. Eco Filmes, Portugal, has agreed to sign on as distributor.

“Land of the Free, Except for Me” is currently scheduled to be shot in the spring of 2015.