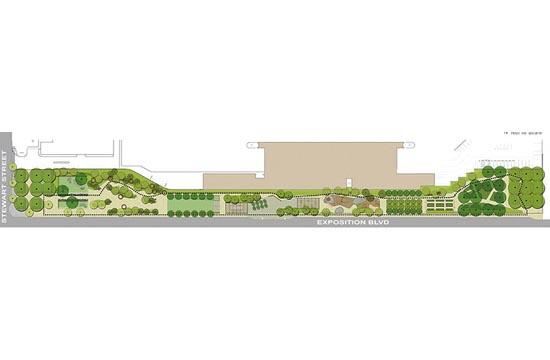 Following a month of garnering suggestions from the community, Santa Monica’s Recreation & Parks Commission voted on war hero Joe Gandara to be honored in namesake at the nicknamed Buffer Park.

Narrowing the naming list down to three, the commission voted 5-1 Thursday, Nov. 20, to submit Joe Gandarda Park to City Council as their prime pick.

“In this case, I believe we want to reflect a salient point in the history of the Pico neighborhood,” explained Commissioner Phil Brock. “The soldier whose name we chose is a native of Santa Monica who grew up on Frank Street, a few blocks away from the new park, at the start of WWII. He was private who fought for America and died saving his comrades in battle.”

Gandara went unrecognized for his bravery and devotion to the country because of racial prejudice at the time. He served with Company D, 2nd Battalion, 507th Parachute Infantry Regiment, 17th Airborne Division.

President Obama posthumously presented Pvt. Gandara with the Medal of Honor earlier this year. He was recognized for his actions during combat operations in Amfreville, France, on June 9, 1944.

“His story will provide inspiration to children in the Pico area. His history will instill pride in a mostly ethnic neighborhood of our city and the late recognition of his bravery will serve as a lesson in the prejudice that existed in our country,” Brock said.

Coming in second place in the name game was Heroes Park, suggested as a general honor to all in the city who have lost their lives in the line of duty, followed by Ishahara Park in third, honoring George H. Ishihara, a distinguished past Santa Monica resident and WWII hero.

“There was a spirited debate and place names were discussed as well as joining the park to Stewart St Park,” Brock said. “The names of early Santa Monica Mexican ranchero owners, Reyes and Marquez families, and other local historical figures were also brought up. Ultimately, Joe Gandara represents the working class-can do spirit that has always existed in the Pico Neighborhood. It is fitting that Buffer Park become Gandara Park.”

The standard practice of naming Santa Monica parks as per their geographical location was ruled out in this instance, as there already is Exposition Park in the city and Stewart Street Park is close by.

Buffer Park is a 2.35 acre park that will be developed on Exposition Boulevard between Stewart Street and Dorchester Avenue. The community submitted a total of 135 name suggestions to be selected from, with 88 being distinct, according to the City.

Name suggestions were collected via online surveys, paper surveys at local library branches, a table at Pico Farmers’ Market each Saturday in October, and emails to Pico Neighborhood churches and schools.

The name of Joe Gandara Park will now be presented to Santa Monica City Council for a final vote.