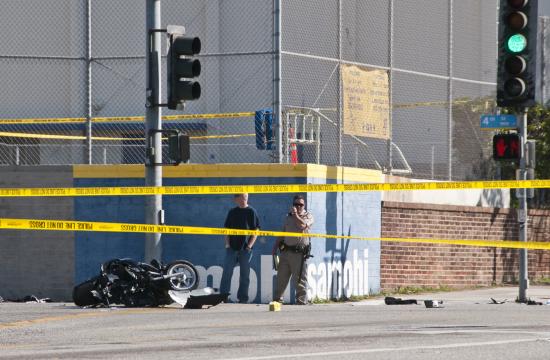 The mother of a man who died from injuries suffered when his motor scooter collided with a Santa Monica police cruiser is suing the city for wrongful death.

Ermine Nelson’s son, 30-year-old Walter James of Highland, died at a hospital from injuries suffered in the collision at Pico Boulevard and Fourth Street about 7:40 a.m. April 5, according to California Highway Patrol officers and the Los Angeles County coroner’s office.

Nelson is seeking unspecified damages. A representative for the Santa Monica City Attorney’s Office did not immediately reply to an email seeking comment on the lawsuit filed Thursday in Los Angeles Superior Court.

The suit alleges the patrol car was being driven at an excessive speed even though the officer was not involved in a pursuit and was not responding to an emergency.

8 One-Hour Episodes Miniseries Released April 2nd on Netflix The Serpent is an intense miniseries based on the horrific true...

Aquarium opens with patio exhibits for weekends By Sam Catanzaro The Heal the Bay Aquarium under the Santa Monica Pier...