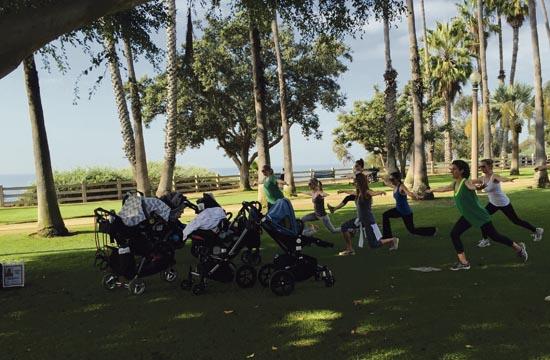 Instigated by Santa Monica Recreation & Parks Commission a year ago, regulations to control fitness training in city parks have been put to the test throughout the year with most guidelines looking likely to stay for the next 12 months to come.

The Commercial Fitness or Athletic Instruction, Classes or Camps Permit Program was introduced in January this year following a City Council vote with an eye to creating a greater balance of park and beach uses, protect park and beach amenities, reduce impacts on neighbors and park and beach users, ensure commercial instructors have a business license and proper insurance, and to have instructors compensate the city for commercial use of public property, according to the City.

A review of the program was discussed at the recent Recreation & Parks Commission meeting held Thursday, Nov. 20.

“The program has worked,” said Commissioner Phil Brock. “The impact on our parks and neighborhoods has been reduced and controlled. I think all of our commissioners were relieved and have been impressed by the reduction in complaints and activity in our city parks. The continuation of the program is merited with the tweaks that have been proposed by staff and our commission.”

Fitness instructors have been involved in the consultative process from the onset, and their opinions formed an important part of the collaborative program.

“I think it has been a wonderful example of how city government, residents, and businesses can work together to find common ground on an issue,” said FIT4MOM operator Raisa Lilling, one of three large group fitness permit holders for Palisades Park.

“We are thankful that we continue to have the option of training outdoors in Santa Monica parks, particularly at Palisades Park as it is the only park within walking distance with a stroller for many of my clients.”

Tweaks for the continuation of the program include reducing hours of approved operation at Palisades Park from a 6 am to a 7 am start on Saturdays and limiting group training to 15.

Banning medium-sized groups from Virginia Avenue park on weekends and changing the fee structure and permit allocation for all trainers are also part of the proposed changes that the Commission will present to City Council.

Fee changes to the program outline a tiered licensing system that would consist of a base fee plus percentages of gross revenue if set limits are exceeded.

“I do believe the flat fee for the larger groups, especially at Palisades Park, has been high for most of us to pay,” Lilling said. “However, the percentage fee that is being proposed would introduce so many complications for both the trainers and the city, I think the flat fee is still the best option for us all.”

“I understand the city’s desire to try to ensure those who use the park more, pay more. However, I don’t believe the proposed new fee structure can be sufficiently regulated or enforced, which in the end will make it less equitable,” said trainer Angela Parker from Body Inspired Fitness. “How will the city validate a trainer’s annual income? Will it be accurately and truthfully reported? I believe it will result in less revenue for the city, and more importantly, allow for non-professional trainers to creep back into our parks.”

Without mandatory registration and flat-fees, trainers said that they are concerned levels of professionalism could fall and unauthorized operators return to city parks.

“I fear without having to pay up-front to secure a permit, the city will effectively roll back the significant reforms it has instituted over the past 12 months,” Parker said.

While the trainers support time changes and class-size limitations, the proposed introduction of a cap of 15 permits issued per year for Palisades and other city parks, resorting to a lottery if more than 15 applications are received, has many worried about the future viability of their established businesses.

“There are trainers like myself who have been operating in Palisades Park for more than a decade. We are an important part of this community, adding to the richness of our city and the residents who seek a healthy, active lifestyle,” said Lilling.

“I really feel there should be some mechanism in place that would help ensure that proven, respectful, compliant trainers with the longest tenure not risk losing their livelihood as a result of an arbitrary lottery.”

The Commission’s suggestions will be presented to City Council for review in the near future.