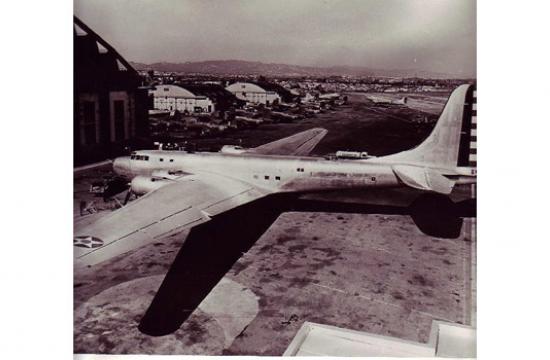 April of 2015 marks the 80th anniversary of President Franklin Delano Roosevelt’s Works Progress Administration (WPA), one of a number of relief agencies created as part of the New Deal in an effort to combat the economic impact of the Great Depression.

The WPA provided federal funding for construction jobs across the county, with the simultaneous goals of providing work to the unemployed and giving cities infrastructure they needed but were unable to provide themselves.

Additionally, as a way to boost national morale, out-of-work artists were commissioned by the government to create public works of art that could be enjoyed by all.

Santa Monica was fortunate to be the beneficiary of several WPA projects; however, one must be cautious not to lump all New Deal projects under the banner of the WPA.

The 1938 Santa Monica Post Office, for example, is often referred to as a WPA project, when in fact it was constructed by the US Treasury Department; likewise, the murals that were recently reinstalled in the Santa Monica Public Library were commissioned under the Public Works of Art Project, a precursor to the WPA.

What follows is a brief guide to Santa Monica’s five most notable WPA projects. While by no means comprehensive, this list will hopefully instill a new sense of interest in the program as we approach its 80th anniversary next year.

Santa Monica’s city hall was constructed in 1938 by the Public Works Administration, a sister-program to the WPA. However, the two large murals flanking either side of the main entrance were created by Stanton MacDonald-Wright for the WPA’s Federal Art Project. Bearing the titles Spanish Colonial Santa Monica and Recreation in Santa Monica, the two pieces (as well as the large city seal in the floor) were created in a unique medium called “petrachrome,” in which murals are painted with pigmented cement that is then polished.

Between 1939 and 1940, Santa Monica Pier was resurfaced as part of a WPA project, while the long concrete walkway that still stands today was constructed by the Public Works Administration. This project would not be significant had the WPA not also constructed a wooden platform with exercise equipment immediately south of the pier. Because of the frequent fitness exhibitions held on this equipment, the area quickly became known as “Muscle Beach,” a name that is still a part of the American lexicon to this day.

Originally called Clover Field (after World War I pilot Greayer Clover), Santa Monica Municipal Airport was greatly improved by the WPA during the late-1930s. Two intersecting runways were constructed by the program due to the importance of Douglas Aircraft, who were based at Clover Field. It was on these runways that the first female pilot in history flew United States mail and the experimental B-19 made its maiden voyage. Although the runways have since been reconfigured, the WPA’s improvements helped ensure the airport’s survival after World War 2.

Located in the inner courtyard of McKinley Elementary School is a cast-stone sculpture of two children reading. Called Story Book Land, the piece was created by artist Stefan De Vriedt in 1936 as part of the Federal Art Project. Several dozen schools around Southern California received similar sculptures as part of the program, although a good number have since been lost. Another federally-funded sculpture, located at base of Wilshire Boulevard at Ocean Avenue, is Eugene Morahan’s Santa Monica, created several years earlier under the Public Works of Art Project.

The highest concentration of WPA projects in Santa Monica exists at the high school. A number of the campus’s buildings were constructed at this time, most notably the recently-refurbished Barnum Hall Theater, which originally served as Santa Monica’s municipal auditorium. The theater’s fire curtain is a painting entitled Entrance of the Gods into Valhalla, while a complementary mosaic depicts The Landing of the Vikings in Vinland (both by Stanton MacDonald-Wright). Amongst the school’s other federal art projects is a seven-foot tall statue of a Viking created by Uno John Palo-Kangas.