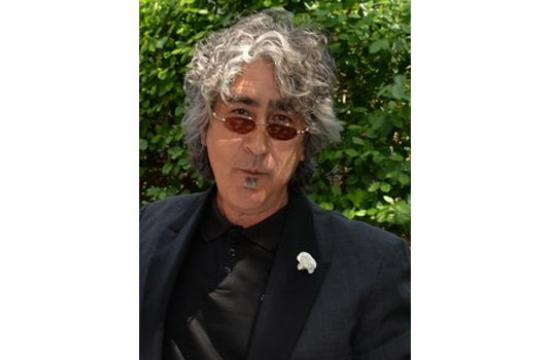 Joseph Maviglia is a singer-songwriter, poet, and essayist whose work has appeared in journals and media across North America and Europe. His tribute poem jazz dharma was commissioned the the CBC’s The Sunday Edition to commemorate the 50th anniversary of Alan Ginseberg’s iconic poem “Howl.”

His latest CD is “Angel In The Rain” and his song “Father, It’s Time” appeared on the Juno award-winning compilation “The Gathering.” He is presently working on a new collection of songs for a soon-to-released CD.

“Critics Who Know Jack” by Joseph Maviglia is collection of essays, memoirs, and critiques on subjects ranging from TV programming, film and literature to rock journalism, with commentary on the interpretation of artistic expression across conventional and social media.

I asked Maviglia what he hoped to achieve writing “Critics Who Know Jack?”

“I wanted to address the issue of perception, the way we look at art in all the mediums it is expressed in, and create a work that informs and at the same time it is being created I wanted to underline the relationship between popular and high culture I wanted to have fun in this exploration,” Maviglia says.

Does Maviglia think critics have too much power?

“It is not ‘too much power’ as much as it is the accountability of critics,” he says. “There is a suggestion that a critic should be objective but it is rarely the case. Critics are wholly subjective and often, careless with the use of their power.”

The author writes about his personal top ten songs which “sit side by side in a sort of forever-ness while other songs (mostly good) satellite around this Milky Way.”

Maviglia writes about the arts with a spontaneity that is truly refreshing.

With “The Internet Cafe,” Maviglia observes: “ … the internet café spectrum from soccer mom yoga mat carriers to young men with scruffy half-beards… Rocking their babies back and forth  through simulated ‘70s aviator sunglasses and a big dog (always a big dog to catch the fancy of the other patrons also with a  big dog (or sometimes a small dog treated like a big dog).

With “Critics Who Know Jack” (some words on rock & roll poetry) the author observes: “One point rarely discussed in the wonders of the time in which The Beatles, Bob Z Dylan,The Rolling Stones and others created their work was the issue of creative power. And given the political intensity of the time, power became central to these artists as they moved along into the teeth of the music industry.”

Maviglia takes us along on a journey of discovery. Here is a poet and musician who clearly celebrates life, and writes with a generosity of spirit that is an inspiration. Maviglia, the artist-creator, is all about sharing his world. Reading this collection of essays, memoirs and critiques is a truly rewarding experience.

Maviglia’s insightful observations provide the reader with time to reflect, far from the cacophony of our everyday lives.