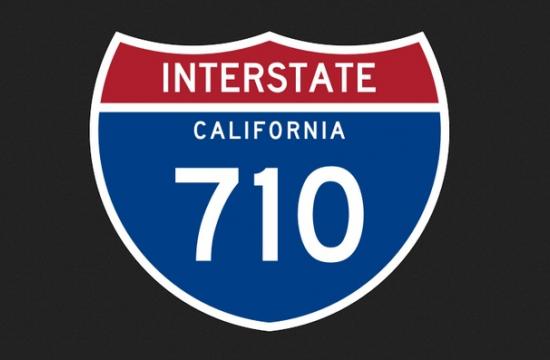 The suspect then transitioned from the 91 Freeway and headed north on the Long Beach (710) Freeway, Villalobos said. He then tried to exit at the Alondra Boulevard offramp but crashed. At that point, he fled on foot but later carjacked another driver and managed to elude capture, he said.

Andrew Figueroa, an armed security guard, told ABC7 that his truck was one of three vehicles the suspect tried to carjack before he finally succeeded.

“He tried to open my truck door, but I pulled my gun and pointed it at him and he ran away,” Figueroa told ABC7.

CHP officers, Villalobos said, were searching for the suspect and also trying to determine who owns the Honda he was driving.

There were no immediate word of any injuries. And it was not immediately known what happened to the driver who was carjacked.