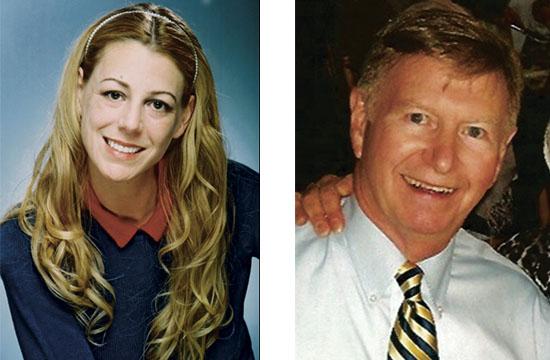 The event for books “The Studio” and “My Pack” will feature free wine, champagne, and appetizers. Both authors will be signing copies and taking photos with guests who purchase a book.

In the artfully written memoir “The Studio,” Walter and Stacey Todd tell the story of their lives touched by tragedy – and ultimately salvage through a love of art.

When Walter’s eye and heart are captured by two beautiful but damaged stained glass panels, he couldn’t have dreamed of how they would impact the course of his life.

“The Studio” is the story of his journey with the art of stained glass as he and his daughter enroll in a class with the idea of repairing the panels, but soon find themselves completely immersed in the craft.

But life has some unexpected surprises for him.

The death of his loving mother is followed by the tragic death of Sandy, his beloved wife of 40 years, and shortly after, his brother.

Leaving behind a lifetime of penny-pinching, Walter kicks embarks on a year-long adventure of travel and spending with his daughter, Stacey. Trips to Canada, Scotland, Ireland, and the Caribbean culminate in a memorable Christmas in Hawaii.

The road ahead has another detour in store for Walter as Stacey’s unexpected illness causes him to pull up his roots in Washington and move to southern California to help her. Through it all, his love of art and the joy he finds in his studio help him keep his perspective and find inspiration and a reason to carry on during difficult times.

Meanwhile, “My Pack” is Walter’s book about a Shih Tzu puppy owned by an aspiring actress. Together the two form a pack and enjoy the experiences and adventures of living in Hollywood, romping the beach, and exploring. A friendly puppy, Burney finds himself meeting all the denizens of Hollywood’s streets – actors, policemen, and robbers – and even manages to snag himself a part in a movie.

But Burney’s time in Tinsel Town takes some dark turns. He’s sprayed by a skunk, frightened by a monkey, and gets his toes broken when a lady in spike heels steps on him. And, during a walk in Griffith Park, he discovers human remains and receives the distinction of becoming an honorary member of the K-9 Platoon. His strong bond with his new pack-mate gives him the incentive to protect and defend her from robbers – all this in just his first three months of life.

“The Studio” and “My Pack” are available online through Outskirts Press at www.outskirtspress.com/bookstore.