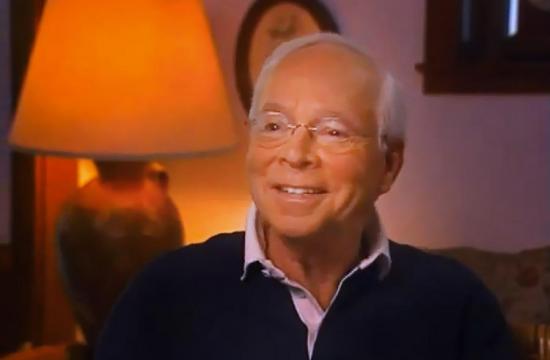 Brandon Stoddard, who as president of ABC Entertainment oversaw the creation of shows such as “thirtysomething” and “The Wonder Years” and helped develop the miniseries “Roots,” died Monday at age 77.

According to The Hollywood Reporter, Stoddard died at his Bel-Air home following a long battle with cancer.

Stoddard, who was inducted into the Television Academy’s Hall of Fame earlier this year, joined ABC Television in 1970 and became president of ABC Entertainment in 1985. Other shows created during his tenure included “Full House,” “China Beach,” “Twin Peaks” and “My So-Called Life.”

Some called him “The Father of the Miniseries” for his oversight of productions including “Roots,” “The Winds of War,” “East of Eden” and “The Thorn Birds,”

Stoddard was also responsible for the creation of an ABC motion picture division, which produced films including “Silkwood” and “Prizzi’s Honor.”

Stoddard left ABC in the mid-1990s. He later spent about a decade teaching advanced television to graduate students at the Peter Stark Producing Program at USC’s School for Cinema and Television.

“Brandon was a true maverick who was instrumental in transforming prime- time television,” said Robert A. Iger, Chairman and CEO, The Walt Disney Company, the parent company of ABC. “His influence continues and he will be missed by everyone who had the good fortune to know him.”

According to The Hollywood Reporter, Stoddard is survived by his wife, Mary Anne Dolan; daughters Alexandra Brandon Stoddard and Brooke Stoddard; and four grandchildren.