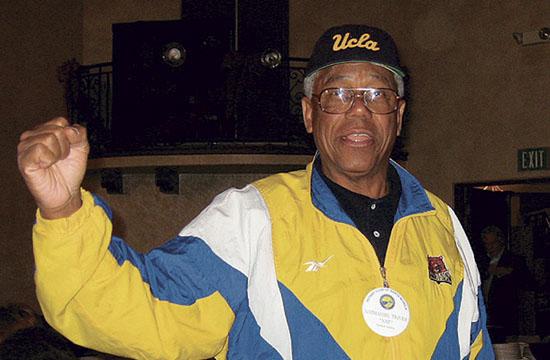 On the evening of Tuesday, Dec. 9, a celebration at Pacific Park on the Santa Monica Pier will be providing the means to donate to a local charity and have fun at the same time, thanks to the birthday boy himself.

Nat Trives – also widely known as Mr. Santa Monica – will be hosting his 80th birthday party in the form of a “super fundraiser” in light of a life dedicated to philanthropy.

“The idea came to me almost a year ago,” Trives said. “My life in Santa Monica has been one characterized by volunteerism, so I decided that I would try something that I’ve never done before.”

Trives’ upcoming birthday party reflects his six decades of local volunteer work, he has been actively involved with more than 30 non-profit organizations and charities in the Los Angeles area.

Community members have the freedom to choose any one of the altruistic groups and contribute $100 minimum to help support the respective cause.

“The idea is that the guest picks out a charity, donates, comes to the party, and enjoys all of the festivities,” Trives said. “It’ll be a family-oriented event. The party will include food, rides, games, what you would do at an amusement park.”

Although the features of the upcoming Pacific Park party may be appealing within themselves, Trives’ personal connection to each of the several affiliated charities and organizations is a powerful reminder of why such a festivity is being held.

“I can tell you a story about each and every one of those 30 plus organizations,” Trives said. “This event will be held in very fond memories of working with all of them.”

Trives has participated in a number of significant local projects, from serving as a board member at Crossroads School for more than 40 years to forming the Martin Luther King Jr. Westside Coalition, which was the catalyst in opening the Santa Monica Main Library’s MLK Jr. Auditorium.

“I’ve been on the Board of Directors at Crossroads for 40 years,” Trives said. “I made a speech at the school in the 70s and challenged the students to give back to the community. At that time there was only one campus building, and now we have almost a couple of city blocks.”

Trives recalled the monumental grand opening of the Main Library’s auditorium, which is now used for many events and activities.

“The big goal was to have something prominent in Santa Monica recognizing Dr. King,” Trives said. “There was a big symbolic walk the day of the opening and one of Dr. King’s daughters was in town to cut the ribbon.”

Trives described himself as a “very lucky guy” as he spoke about the times he was able to give back to the Santa Monica community.

The party will be held at Pacific Park in Santa Monica, located at 380 Santa Monica Pier. The event will begin at 6 pm.

For more information about Nat Trives and his 80th birthday party, visit mrsantamonica.com.