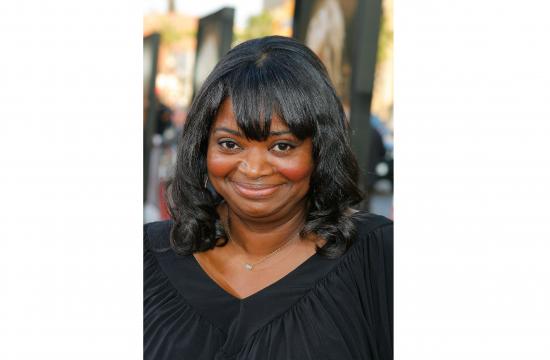 A judge today awarded Oscar-winning actress Octavia Spencer a $940,000 default judgment in her lawsuit against a weight-loss company in which she alleged she was wrongfully fired and owed money.

“Good luck in collecting on this case,” Stern told Spencer’s attorneys. “Maybe you can sell the product at a garage sale.”

No attorney appeared on behalf of the company today. On Nov. 25, Stern granted a request by the law firm representing Sensa to withdraw as counsel and Sensa did not participate in the case after that.

Spencer, 44, and her company, Orit Entertainment Inc., sued Sensa in August 2013. Stern previously dismissed her claim for fraud but said she could move forward with her claim for breach of the covenant of good faith and fair dealing. Her suit also sought an accounting of Sensa products.

According to Spencer’s lawsuit, she passed on a $3 million offer from another firm to sign a $1.25 million deal with Sensa because the company agreed to such conditions as an ad campaign that focused on a healthier lifestyle, rather than on her weight loss or the use of before-and-after photos.

The actress alleges that after she lived up to her end of the bargain and lost 20 pounds, Sensa began trying to find ways to avoid paying her and terminated the contract.

On March 13, Sensa countersued, alleging the actress failed to abide by her agreement regarding Twitter promotions of the firm and also refused to allow the use of photographs in ads of her before and after her weight loss.

According to the countersuit, Spencer and Sensa agreed on the terms of the actress’ endorsement deal in August 2012. After Spencer allegedly breached deadlines in January 2013, the agreement was amended to allow Sensa to ask Spencer’s approval for use of the before-and-after photos and to mention in ads that she lost 20 pounds, the countersuit states.

Spencer also was obligated under the agreement to make at least two Twitter posts a month concerning Sensa products and to obtain prior approval of their content before they were released, the countersuit stated.

Spencer won her best supporting actress Oscar for her work in the 2011 movie “The Help.”