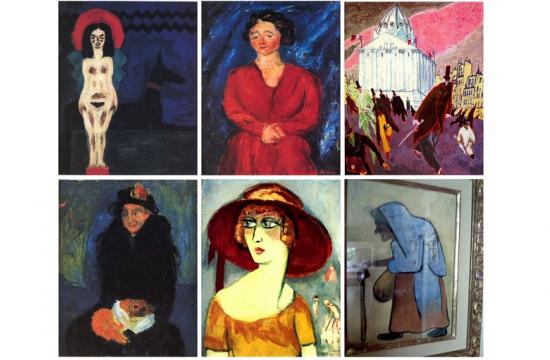 Authorities said today they hope a $25,000 reward will help flush out additional suspects involved in the theft of a dozen paintings — nine of which have since been recovered —  stolen six years ago in one of the largest art heists in Los Angeles history.

Raul Espinoza, 45, who allegedly tried to sell the nine recovered artworks, was arrested in October during an undercover operation at a West Los Angeles hotel, said Laura Eimiller of the FBI.

Authorities held a news conference this morning to seek public help in making more arrests, and they displayed the recovered paintings that Espinoza allegedly tried to sell — and which are valued at $10 million — for $700,000 in cash.

Investigators have not publicly identified the three paintings that remain unaccounted for.

The recovered paintings were among the dozen stolen from an Encino home on the morning of Aug. 24, 2008, when a thief or thieves entered a real estate investor’s home through an unlocked kitchen door and made off with works that included Marc Chagall’s “Les Paysans” and Diego Rivera’s “Mexican Peasant,” the Los Angeles Times reported.

The case went cold until Sept. 2, 2014, when Detective Donald Hrycyk of the Los Angeles Police Department’s art theft detail was tipped off to a man in Europe known as “Darko,” who was soliciting buyers for the stolen works, according to the newspaper.

Darko “indicated that he was merely a middleman for an unknown person in possession of the art in California,” Hrycyk wrote in a search warrant obtained by The Times.

The FBI and LAPD set up an undercover operation, and federal authorities arrested Espinoza, who was later transferred to police custody.

Espinoza has been charged with one count of receiving stolen property. He pleaded not guilty on Oct. 27 and is being held at the Pitchess Detention Center in Castaic in lieu of $5 million bail.