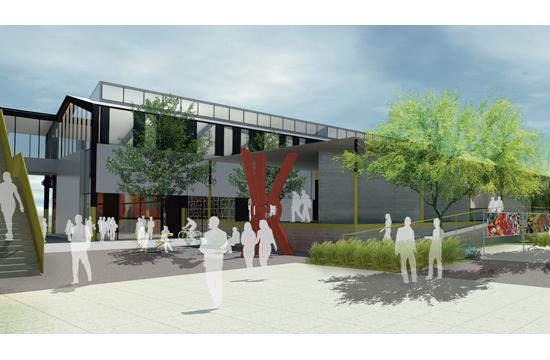 The hotly-debated development of Bergamot Station Arts Center was placed in front of Santa Monica City Council once again last Tuesday, Nov. 25, with the community and council members deciding to increase the number of advisory committee members and better define the application of a list of guiding principles.

Rejecting City staff suggestions of creating a five-member advisory committee “to review and comment on the project elements in advance of Council’s conceptual review and prior to submittal of a Development Agreement application,” during the meeting at City Hall, council opted instead for a nine (or more) member committee with a move to better represent the community.

The item was pulled for discussion from the Consent Calendar by Councilman Kevin McKeown. He said that more resident, retail, and interest groups should be involved in decision-making processes at Bergamot.

“I’m very concerned that the staff report that came back to us here doesn’t really reflect what we had asked for back in September,” McKeown said. “I agree with the people that spoke that there should be a larger, more representative membership.”

Also reflecting the view of community members who commented during the council meeting on the issue, Councilwoman Gleam Davis agreed, stating that a five-member committee is far too small, suggesting a committee of nine, including representatives from the business community, would better reflect the area.

McKeown moved a motion to defer Council’s decision and to ask City staff to return a report to Council on Dec. 16, with a new committee incorporating residents, all of the non-profits at Bergamot, the retailers, galleries, and landowners. He also asked that the report better define the use of the guiding principles to be used in the planning process.

City staff should “cast a wide net” in the revised report, according to Mayor Pam O’Connor. She said that the surrounding area, younger people and residents with applicable skills in terms of design and development be considered.

“Keeping an eye for that diversity that represents Santa Monica, both in terms of age and other kinds of demographics, is important,” she said.

The motion was seconded by councilman Tony Vazquez and passed unanimously.

The move will delay the project and the development process, according to City Staff.

“Council could also select a larger or more formal committee, though such an approach would cause more significant delays as there are not currently sufficient resources to support an on-going, formal committee,” the City staff report states.

Members will serve a term of approximately six to nine months.

The advisory committee’s role is to review and provide feedback to staff and the development team, as well as recommendations to City Council, regarding: the appropriate mix of uses for the site, including the mix of cultural uses; the appropriate amount and location of parking, as well as parking management strategies; construction phasing of improvements; and the elements of an arts center management plan, including tenant retention and recruitment efforts, marketing, and strategies to incorporate additional cultural uses and activities.

In addition to moving on the advisory committee, Council’s recommendation included directions for City staff to explain the application of guiding principles for the project.