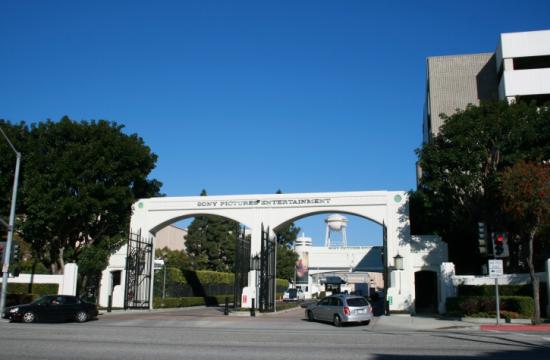 Sony announced a change of plans today, saying it would not wait until Christmas day to release “The Interview” but, instead, would begin streaming it online this morning.

It said the film, which prompted a massive cyberattack on Sony that the FBI blamed on North Korea, would be available starting at 10 a.m. Pacific time via Google Play, YouTube Movies, Microsoft’s Xbox Video and a site called seetheinterview.com.

After initially balking at a planned Christmas Day release in the face of threats of violence by computer hackers who crippled the Culver City-based studio in late November, the studio announced Tuesday a limited theatrical release Thursday, as well as a video-on-demand availability.

The movie, said to cost about $80 million to make and market, is a goofball comedy starring Seth Rogen and James Franco about plot to assassinate North Korea’s dictator. The FBI has blamed the North Korean government for the hacking by a shadowy group calling itself Guardians of Peace.

The cyberattack reportedly exposed thousands of employees to identity theft, embarrassed executives and celebrities with the release of off-color emails, and crippled the studio’s digital infrastructure.

“We have never given up on releasing ‘The Interview’ and we’re excited our movie will be in a number of theaters on Christmas Day,”  Sony Entertainment Chairman/CEO Michael Lynton said Tuesday. “At the same time, we are continuing our efforts to secure more platforms and more theaters so that this movie reaches the largest possible audience.”

A week ago, Sony announced it was canceling the release, saying big exhibitors were backing out of agreements to show the movie. In response, President Barack Obama said he thought that was a mistake.

“We cannot have a society in which some dictator someplace can start imposing censorship here in the United States,” he said.